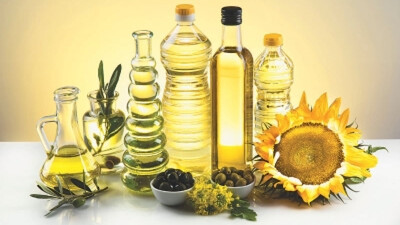 Despite high international commodity prices, interventions taken by the Central government, along with state governments’ pro-active involvement, have led to reduction in prices of edible oils, the Food and Public Distribution Department said on Friday.

Edible prices are higher than year ago but from October onwards, there was a declining trend. The government is taking steps to improve the production of secondary edible oils, especially rice bran oil, to reduce the import dependence.

“Because of the government intervention, retail prices of edible oil have come down by Rs 5 to Rs 20 at various cities across India,” Secretary, Food and Public Distribution, Sudhanshu Pandey told media persons.

“Earlier, to control prices of edible oils, the government has rationalised import duties on palm oil, sunflower oil and soyabean oil, futures trading in mustard oil on NCDEX has been suspended, and stock limits have been imposed,” a statement from the Food and Public Distribution Department has said.

Apart from duty cuts, imposing a stock limit was another step. “The Centre is in constant touch with the state governments,” Pandey said, adding Uttar Pradesh has already declared restrictions on stock limits and three other states are in the process of doing so.

“We would take up the matter with other states in the coming week,” he said.

Given the high international edible oil prices, the Centre cut the basic duty on crude palm oil, crude soyabean oil, and crude sunflower oil from 2.5 per cent to nil in a bid to rein in the continuous rise in the domestic cooking oil prices since past one year.

The basic duty on RBD palmolein oil, refined soyabean, and refined sunflower oil has been slashed to 17.5 per cent from the current 32.5 per cent.

Pandey also said that after the government asked them to, major edible oil players have cut wholesale prices by Rs 4-7 per litre, bringing relief to consumers during festival season.

He offered a comparison of retail rates on October 31 and November 3 to showcase how retail prices had come down for several edible oils. For instance, palm oil prices decreased by Rs 6 at Delhi, by Rs 18 at Aligarh, by Rs 10 at Jowai, Meghalaya, by Rs 5 at Dindigul, Tamil Nadu and by Rs 7 at Cuddaalore, Tamil Nadu.

During the same time, the government claimed the groundnut oil prices decreased by Rs 7 in Delhi, Rs 10 at Sagar (Madhya Pradesh), Jowai (Meghalaya) and Cuddalore each, by Rs 5 at Karimnagar (Telanga), Aligarh (Uttar Pradesh), Delhi, Ludhiana (Punjab), by Rs 11 at Durg (Chhattisgarh), by Rs 7 at Sagar (Madhya Pradesh) and Nagpur (Maharashtra) and Rs 5 at Jowai (Meghalaya).

Data further said, sunflower oil prices decreased by Rs at Delhi, by Rs 5 at Rourkela (Orissa) and by Rs 20 at Jowai (Meghalaya).

Mustard oil prices remained high compared to other oils because “the sowing for new crop is not yet complete and the crushing of oil seeds from last season is almost getting over. (So) the demand is high”, Pandey said.