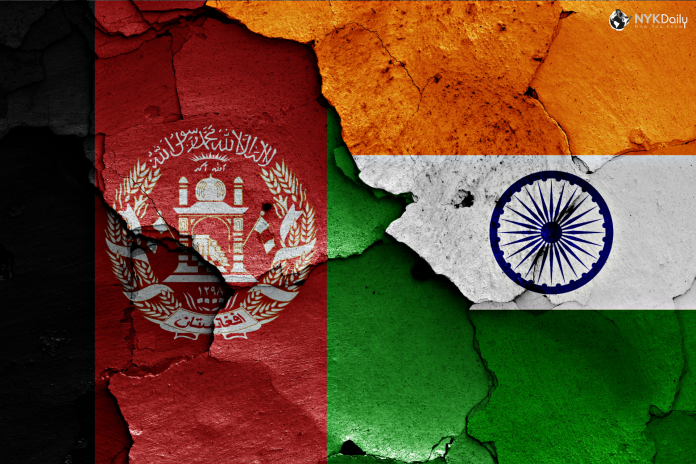 According to the officials, India is reviewing the Taliban’s offer as the security concerns, both in Afghanistan and Pakistan, remain a constant challenge..

“Pakistan wants this project to be limited to its own country, it will create all sorts of trouble so that this project does not reach India. Pakistan’s hostile attitude towards India has been continuing especially after the Taliban took over Afghanistan wherein it has been actively involved in the proxy war by sending terrorists to India.

“India has adopted a careful watch on the situation after the new regime under Taliban and see how the new government ensures the security for this project,” an official said.

However, strategic experts said that there are many challenges in getting this project materialised in the changed perspectives from Indian point of view.

Expressing apprehensions about the TAPI project, they said that credible actions against terrorism have not been assured either by Afghanistan or Pakistan, therefore, this project seems to be unviable for India as of now.

“Recently Turkmenistan Foreign Minister was in Kabul to discuss work on TAPI initially to supply gas to Pakistan. Although the dialogue mechanism for TAPI with the four countries has gone on, the realisation has been held back due to instability in Afghanistan and deterioration in Indo-Pak relations,” former diplomat Ambassador Anil Trigunayat told IANS.

“As Pakistan is refusing to take any credible measures against cross-border terrorism or home-based terror groups, I do not forsee TAPI acquiring significant momentum as far as India the biggest eventual consumer is concerned,” he added.

Former Fellow at the Manohar Parrikar Institute of Defense Studies and Analysis and Professor of International Studies at the Delhi University, Sanjeev Srivastava, also said that prevailing situations in Afghanistan and Pakistan’s hostile attitudes towards India are the major hurdles in this gas line project.

“India has a constructive approach to this project and following the wait and watch policy until we are assured by the two stakeholders, Afghanistan and Pakistan, that they will not let the ultras use their soil for terror activities, this project seems to be unrealistic for India as of now.”

India is closely observing the talks between Turkmenistan and Afghanistan on this issue, he added.

He further explained that there has not been any dialogue between India and Pakistan and India has no reasons to believe Pakistan as it has been pushing terrorists to India.

A TAPI gas pipeline could have fulfilled the majority energy requirements of India and could have reduced the dependence on crude oil import but reviewing the situation in neighboring countries, the India government has diversified its ambit to fulfill the energy requirement.

“India has already been looking for other alternatives such as importing oil from the US, giving impetus to battery operated vehicles to reduce the oil import,” Srivastava added.

Giving the first indication that the resumption of the TAPI gas pipeline project will start soon in Afghanistan, acting Afghan Foreign Minister Amir Khan Muttaqi, after a meeting with Turkmenistan Foreign Minister Rashid Meredov on October 31 in Kabul, said they talked about the TAPI gas pipeline project, whose implementation in Afghanistan will start soon.

Conceived in 2014 and seeing work begin in 2015, the 1814-km-long pipeline was envisaged to enter India at Punjab’s Fazilka. However, the turbulent situation in Afghanistan and Pakistan’s support to terrorists both in India and Afghanistan have become a major road block to this ambitious project.