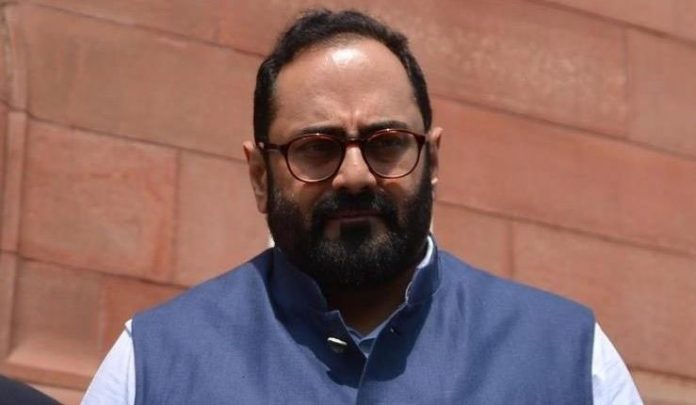 With an ever enlarging market space, ‘high’ demographic dividend and a ‘highly’ skilled and trained workforce, India has been much better-placed than most other prominent economies to lead the global recovery from a pandemic affected world, said Union Minister of State for Skill Development, Entrepreneurship, Electronics and IT Rajeev Chandrasekhar.

“Unlike many other nations, India’s economic response towards the pandemic was aimed at achieving self-reliance in developing vaccines and to effectively insulate the most vulnerable section of the society from pandemic induced economic distress. Towards this, the government focused on distributing targeted cash and food, developing health infrastructure and vaccinating the population. This approach was in variance with the views of the several world renowned economists who favoured random distribution of cash, but our experience so far showed that the policy worked well at the grass root level”, he said.

“Several structural reforms aimed at improving the efficiency of production were taken up by the government to improve India’s medium and long-run growth prospects, at the same time not compromising with the immediate requirements to combat the pandemic. This approach has gained wider economic significance at a time when India registers a solid growth recovery”, added Chandrasekhar.

India acted differently while keeping direct fiscal spending at a lower level of GDP, he asserted.

He added that the ambitious ‘Aatmanirbhar Bharat’ project focuses not only on vaccines and economy but it also stresses on national security and strengthening democracy.

Touching upon the government’s efforts to strengthen infrastructure development, Chandrasekhar lauded the ‘PM Gati Shakti’ scheme that would pave the way for an interconnected system to facilitate digital enabled ‘super governance’.