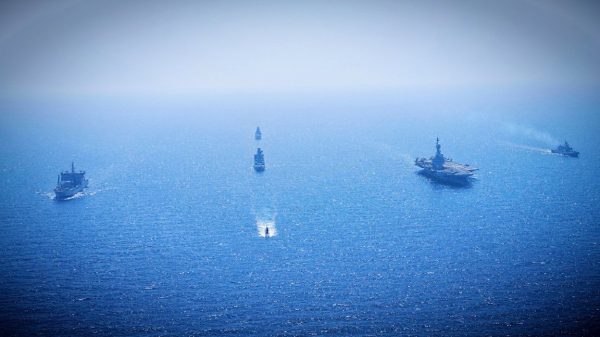 India and France on Friday held the second strategic dialogue on the occasion of the 35th session of the Indo-French strategic dialogue and decided to strengthen maritime security in the Indo-Pacific region and also discussed the prevailing situation in Afghanistan, the French ambassador to India Emmanuel Lenain said on Saturday.

French Minister for Europe and Foreign Affairs Jean-Yves Le Drian on Friday held discussions with India’s National Security Advisor Ajit Doval on the occasion of the 35th session of the Indo-French strategic dialogue, which was held in Paris, a statement issued by the French embassy said here on Saturday.

This was a follow up meeting after the earlier meeting between French President Emmanuel Macron and Prime Minister Narendra Modi, on the sidelines of the G20 in Rome, the French Minister stressed on the commitment to deepening the Indo-French strategic partnership and strengthening its various aspects, particularly in the areas of defence, space, civil nuclear energy and security.

“At his meeting with NSA Ajit Doval on the occasion of the 35th Strategic Dialogue in Paris, French FM @JY_LeDrian stressed France’s commitment to deepening the Indo-French strategic partnership in all its dimensions,” French ambassador to India Emmanuel Lenain stated on Twitter.

It is learnt that NSA Doval met French defence minister Florence Parly and Minister for Europe and Foreign Affairs Jean-Yves Le Drian throughout a short journey to the French capital. The French foreign minister mentioned the priorities within the battle against local weather change, the French Embassy statement said. He also discussed the priorities in the fight against climate change with Doval.

Understanding the importance of the mutual trust between France and India, Le Drian said that the Indo-French partnership is working to strengthen multilateralism and defend a free and open Indo-Pacific based on the rule of law.

The French Minister called for continued Indo-French coordination, including at the UN Security Council, on Afghanistan.

India will host the Regional Security Dialogue on Afghanistan here in New Delhi on November 10 and the meeting will be attended by the National Security Advisors of different countries and will be chaired by NSA Ajit Doval.