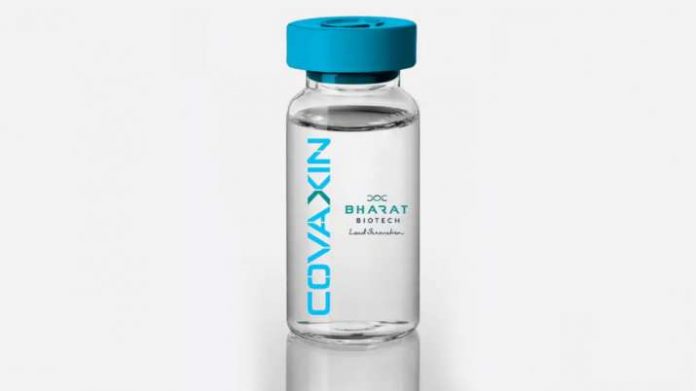 He made the remarks on Saturday while was speaking at the first session on ‘Global Economy and Global Health’ at the inaugural ceremony of the G20 Leaders’ Summit with the other leaders of the world’s biggest economies in Rome.

In his address, the Prime Minister highlighted India’s contribution in the fight against the pandemic and also mentioned medical supplies to over 150 countries.

“The Prime Minister conveyed that India has not only vaccinated over a billion of our citizens but more importantly, we are ready to produce over five billion vaccine dosage by the end of next year and this would be available for not only our citizens but also for the rest of the world. And that, this is our own contribution to reducing vaccine inequities, especially in the developing world,” Foreign Secretary Harsh Vardhan Shringla told mediapersons.

“We also believe that the WHO’s approval for emergency use authorisation for Covaxin, our indigenous vaccine, pending with them, would facilitate this process of assisting other countries.”

Modi spoke about India’s vision of ‘One Earth One Health’, which is essentially the need for a collaborative approach in the international domain in the fight against corona pandemic, Shringla said, adding: “Collaboration in R&D to collaborations in combating pandemics, collaborations across the board in developing mechanisms that can cope with future pandemics and future global health issues.

“There was an emphasis on vaccine research, manufacturing, and innovation. We have invested a fair amount in that effort in order to make it available for our citizens and citizens all across the world.”

The Prime Minister stressed on the need for resilient global supply chains, and also mentioned India’s bold economic reforms, and the lowering of the cost of doing business in India, according to the Foreign Secretary.

He spoke about innovations in India, efforts at developing a culture of innovations. He invited the G20 countries to make India their partner in economic recovery and supply chain diversification.

“The Prime Minister also brought out the fact that despite the challenges of the pandemic, India continued to be a trusted partner in the context of reliable supply chains, the IT sector, the BPOs, we did not allow the pandemic to come in the way of our contribution in the overall chain in the global processes.

“The Prime Minister expressed satisfaction over G20’s decision to come up with the 15 per cent minimum Corporate Tax. It was at the 2014 G20 Summit that the Prime Minister had first proposed this idea of a minimum corporate tax in order to prevent to some extent the evasion of taxes.

“Today there is satisfaction over the fact that the G20 has actually adopted this. This has become a global norm. And this is a very important step in ensuring more rationalised global tax structures and better cooperation in the international domain when it comes to issues like tax evasion, money laundering, corruption and so on and so forth, some of the issues that G20 is currently dealing with,” Shringla added.

Earlier at the G20 Summit venue, Modi and the other world leaders, first interacted informally with each other, posed for a family photo, and generally exchanged pleasantries.

Prior to the G20 Summit, the Prime Minister had met Pope Francis at the Vatican and also attended a cultural event.