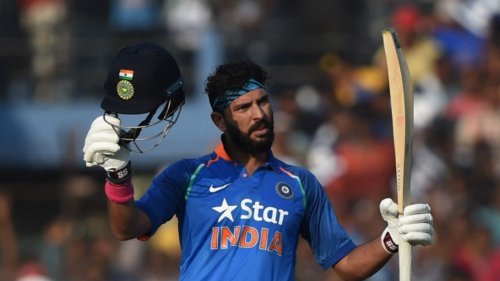 Legendary cricketer Yuvraj Singh has left the cricket world stunned with the announcement of his comeback ‘on the pitch’ in February next year.

Yuvraj took to Instagram on Monday night to reveal he will be returning to the pitch on public demand, which left fans speculating whether the two-time World Cup winner is resuming his professional career two years after announcing retirement.

The 39-year-old shared a clip of his final century in India colours when he blasted 150 against England in Cuttack and wrote, “God decides your destiny!! On public demand I’ll be back on the pitch hopefully in February! Ain’t nothing like this feeling! Thank you for your love and wishes, mean a lot to me! Keep supporting India, it’s our team and a true fan will show his or her support in tough times.”

While it remains unclear whether Yuvraj will be returning to play for India or in T20 leagues, the fans will be still excited that they get to see the star batsman one more time on the cricket pitch.

The left-handed batsman was regarded as one of the top exponents in white-ball cricket. He competed in T20 leagues across the world after getting permission from the Indian cricket board.