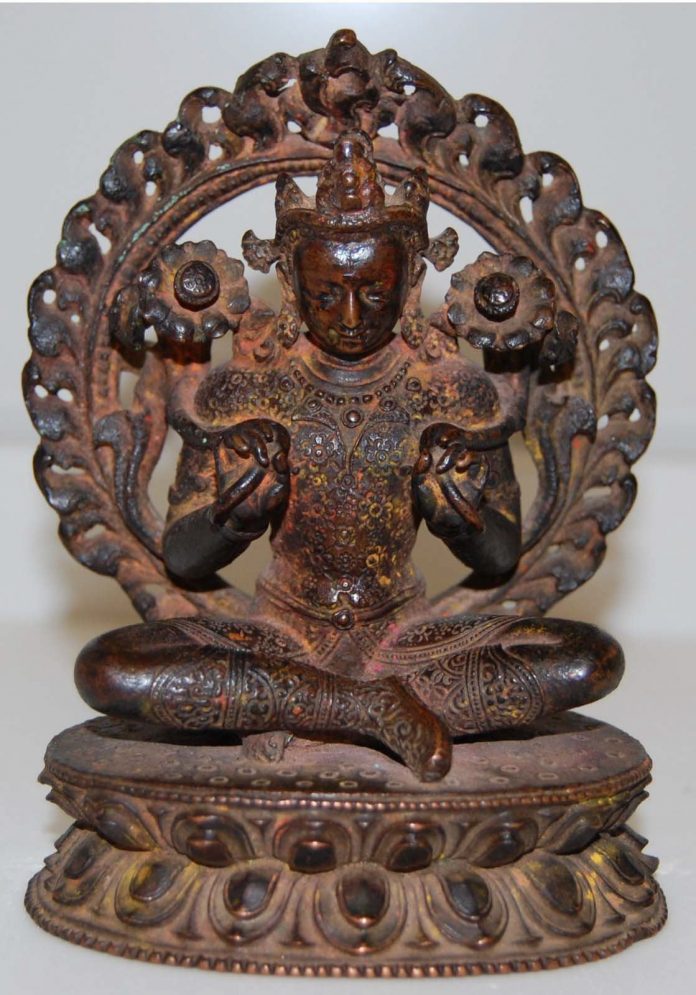 The Sun Temple of Multan was an ancient Hindu sun temple dedicated to Bhagwan Surya, the Hindu Sun God, located in the city of Multan, Ancient India (Modern-day Pakistan). The city of Multan got its name from the Sanskrit name for the Sun idol and Sun temple, Mulasthana.

The original Sun Temple at Multan is said to have been constructed by Samba, son of Krishna, to ease symptoms of his leprosy more than 5000 years ago. Leprosy is a chronic, curable infectious disease mainly causing skin lesions and nerve damage. The knowledge of Ayurveda is so immense and so old that more than 5000-years ago, people were building Sun temples to control skin infections by a combined action of ultraviolet A from the sun.

The Sun Temple is mentioned by Greek Admiral Skylax, who moved through the Ancient Multan region in 515 BCE. Multan, earlier known as Kashyapapura, and its Ancient Surya temple is also mentioned by Herodotus. Hsuen Tsang, a 7th-century Chinese Buddhist monk, is said to have entered the temple in 641 CE, by which time the Multan Sun Temple was the most important sun temple in ancient India. Hsuen Tsang described a Moorthy of the Sun God made of pure gold with eyes made from giant red rubies. Silver, gold, and gems were abundantly used in its pillars, doors, and shikhara.

The temple was highly respected and was a top place for pilgrimage for the Hindus from the region and from other kingdoms, even during the first centuries of Arab invader rule.

After the invasion of Muhammad bin Qasim, a large number of Hindu pilgrims to the Multan Sun Temple were heavily taxed, and his invading army confiscated their offerings from the 9th Century onwards. Hindus were heavily taxed and looted, but that didn’t stop them from seeking blessings from Bhagwan Surya. The temple was also used as a bargaining chip to blackmail any Hindu kings moving towards Multan. Whenever a Hindu king tried to invade the region, the Islamic invader would threaten to destroy the Moorthy (Idol), which made the Hindu king withdraw. Blackmailing people by playing against their faith was one of the darkest chapters of Multani History and this is why, Multan was never visited by Hindu pilgrims again.

It was during the later part of the 10th Century that the Sun Temple was destroyed, and a new mosque was erected at the site.