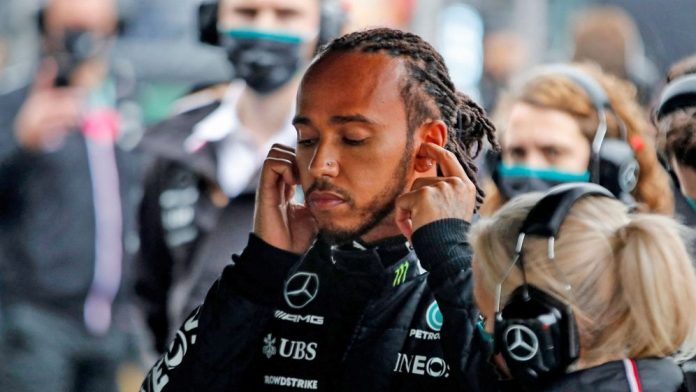 Lewis Hamilton topped the timesheets in first practice for the Sao Paulo Grand Prix, as the Mercedes driver gets ready for the challenges ahead on Sunday as he will take a five-place grid penalty for changing a component of his engine.

The seven-time world champion, who is 19 points adrift of title rival Max Verstappen with four races to go, clocked a 1:09.050s on his third flying lap in the final few minutes of the session at Interlagos.

It came after the FIA revealed just minutes after the start of action that Hamilton had fitted a fresh internal combustion engine, to trigger a grid drop for Su’day’s Grand Prix.

Mercedes and Red Bull took differing approaches to the w’ekend’s only pre-qualifying practice session – as it’s an F1 Sprint weekend, according to a report on the Formula 1 website.

Mercedes duo Hamilton and Valtteri Bottas opted to do multiple runs on the same set of soft tyres — with cool down laps in between — later in the one-hour session. Red Bull did their runs much earlier in the session and limited their tours on the red-rimmed tyre.

Verstappen — who was fastest of all in the middle sector by around three tenths — ended up second quickest, 0.367s off the pace, with his Red Bull teammate a tenth further back in third. Bottas was fourth, albeit half a second off the leading time.

While there was a drizzle early in the session, it was never close to wet enough for intermediates, meaning drivers could focus on learning about the soft, medium, and hard tyres ahead of qualifying later on Friday.

AlphaTauri’s Pierre Gasly — who had a little squabble with Fernando Alonso as they jostled for position on the approach to the start-finish — was an impressive fifth fastest, ahead of the Ferrari duo of Carlos Sainz and Charles Leclerc.

Esteban Ocon was the leading Alpine in eighth, half a tenth ahead of teammate Alonso w’th Aston Martin’s Lance Stroll completing the top 10, 1.302s off the pace.