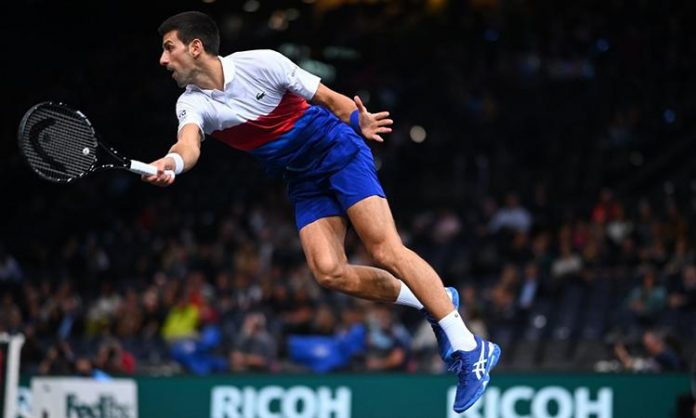 Serbian tennis ace Novak Djokovic is literally flying like ‘Superman’ after making history by securing the year-end No. 1 ATP ranking for a record seventh time, breaking the tie with American legend Pete Sampras.

Djokovic, who has won three majors this year — Australian Open, French Open and Wimbledon, though he missed out on the US Open title after losing to Russian Daniil Medvedev in the final — defeated Poland’s Hubert Hurkacz in Saturday’s Rolex Paris Masters semifinals to eclipse Sampras’s record.

Soon after the historic feat, the 34-year-old was on seventh heaven, posting a series of pictures on social media from the match against Hurkacz, showing the world No. 1 airborne, quite like the fictional superhero.

“No1 flight mode ON (Grinning face with smiling eyes emoji),” tweeted Djokovic, as he posted three pictures — all showing him airborne as he attempts to play a difficult shot.

The 34-year-old, who extended his record as the oldest man to finish year-end No. 1, came within one victory of completing the calendar Grand Slam in 2021. He went 27-1 at the four major championships with trophies at the Australian Open, French Open and Wimbledon. Djokovic’s bid to match the feat of Don Budge (1938) and Rod Laver (1962 and 1969) ended in the US Open final where he lost to world No.2 Medvedev.