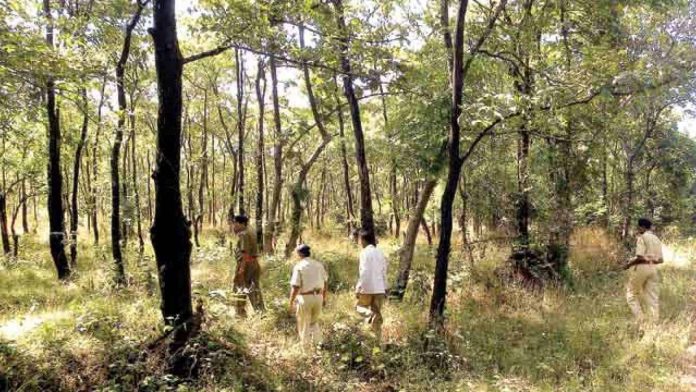 Multiple issues pertaining to management of forests and ‘ease of doing business’ such as streamlining the approvals of forest diversion cases, increasing trees outside forests and increasing the incomes of tree-growers were on agenda for discussion of top forest officials from across India at a conference called by the Environment Ministry.

‘Views of States on National Timber Permit System Forest’ and ‘Identification of Land Bank for CA plantations and raising compensatory afforestation (CA) on degraded forest land or non-forest land FC Division,’ were also on the table for discussion at the two-day conference called by the Ministry, the first round of which was held on Thursday.

Union Minister of State for Environment, Forests, and Climate Change Ashwini Kumar Choubey chaired the day one of the conference of Principal Chief Conservator of Forests (PCCF)/Head of Forest Force (HoFF) of some of the states. The second would be held on November 15, where the rest of the states, a larger chunk, would attend.

“We discussed procedural issues as well as took stock of several things. For instance, what is the status of notification of compensatory afforestation (CA) land into reserved forest/protected forest (RF/PF), what is the status of plantations raised under net present value (NPV) component since 2002, and also what are the levels achieved vis-a-vis digitisation of forest boundaries,” said a forest official.

An important issue discussed was the strategy of participating states for achieving the nationally determined targets (NDC) targets of creating an additional carbon sink of 2.5 to 3.0 billion tonnes of CO2 equivalent by 2030, which India has promised as part of its action plan to combat climate change.

‘Status of projects on rejuvenation of rivers’ and ‘Implementation of guidelines pertaining to wood-based industries’ would also be discussed.

A Ministry release said: “The Ministry will take advantage of good practices and innovative initiatives being taken by the state governments in the areas of afforestation, forest production, wildlife management and biodiversity conservation.”