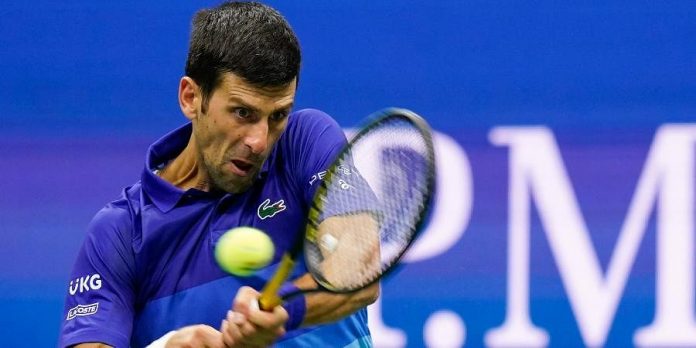 Five-time Paris Masters champion, Serbia’s Novak Djokovic, made a winning return to the Tour in his first singles game since his US Open final loss to Russian Daniil Medevdev in September, overcoming Marton Fucsovics of Hungary 6-2, 4-6, 6-3 in two hours to reach the third round here.

The 34-year-old Serbian world No. 1 said that it was a great feeling to be back on court nearly two months after the US Open final defeat to world No.2 Medvedev, who clinched his maiden major in September and denied Djokovic a record 21st major, which would have broken the tie with Spain’s Rafael Nadal and Swiss ace Roger Federer.

Nadal, Federer and Djokovic are current on 20 majors each.

“It was great to be back on the court after almost two months without competition,” Djokovic was quoted as saying by atptour.com. “I did not expect anything but I knew this was not going to be an easy match. Marton is a very talented player; he has a lot of quality. It was a great fight. I couldn’t break his serve, he was playing with a lot of precision and we pushed each other to the limit. It was a great opening match for me. I am very pleased.”

In a tight match, Djokovic struggled to find his rhythm consistently from the baseline, with Fucsovics striking the ball aggressively and with depth, which caused the 34-year-old problems. However, Djokovic found a way to advance, improving his ATP head-to-head record against the Hungarian to 4-0.

“It is just about spending time on court, finding that match-play intensity and playing more points,” Djokovic added. “The more matches I play, I think I am going to get better. I know myself well; I was in this situation before, quite a lot of times, so hopefully experience can play a role in doing the job well.”

The 85-time tour-level champion will next face Adrian Mannarino or Gael Monfils — both from France — as he continues the pursuit of his fifth tour-level trophy of the season. Djokovic is also competing in doubles for just the third time this season in Paris alongside countryman Filip Krajinovic of Serbina.

Earlier this year, Djokovic triumphed at the Australian Open, French Open and Wimbledon to draw level with Roger Federer and Rafael Nadal on 20 major titles. He also captured the Belgarde Open on home soil.