Things You Must Keep in Mind Before Visiting Morocco 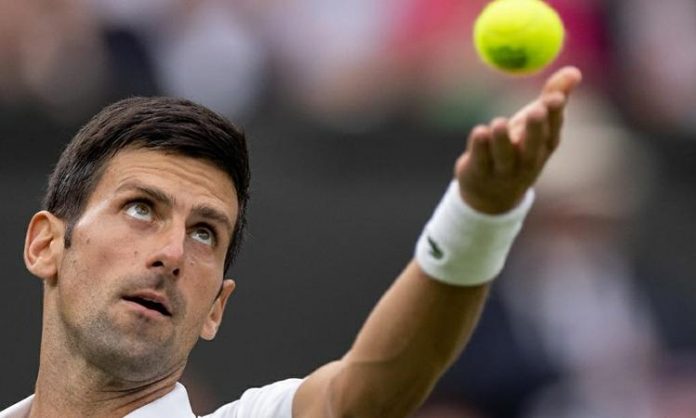 Serbian world No. 1 Novak Djokovic continued his quest for a record 37th ATP Masters 1000 crown, overcoming the early resistance of American Taylor Fritz to reach the Rolex Paris Masters semifinals with a 6-4, 6-3 win in 74 minutes here.

The 34-year-old Djokovic, who has won 46 of 52 matches in another standout season, will now meet seventh seed from Poland Hubert Hurkacz for a place in the Paris Masters final, a title he has won five times.

“I was absent from the Tour for two months, coming into this tournament, and the last competitive match I played was in the US Open final, compared to the other guys playing one or two events prior to Paris,” said Djokovic after the win on Friday evening.

“I knew that I needed to start well, with good intensity and put in a lot of hours on the practice court. But it’s different when you play points in a competitive match,” he told atptour.com.

“I am pleased with the way I played against (Hungary’s Marton) Fucsovics (in the second round) and today I did have ups and downs. I am not really pleased with the way I closed out the sets. I lost my serve to love (at 1-1), then (at) 5-3, again, I served for it with new balls and lost to love again. Those kinds of things shouldn’t happen, I know that. I backed myself up with good returns and read Taylor’s serve very well to get into rallies. I closed out the last couple of service games well and that’s a positive.”

Djokovic’s athleticism helped him land a blow at 3-4 in the first set, and while Fritz’s shot-making helped him break back immediately, greater depth of stroke from the Serbian clinched the 38-minute opener.

Germany’s Alexander Zverev’s quest for his third ATP Masters 1000 title of the season got a further boost as he moved past Casper Ruud of Norway 7-5, 6-4 to reach the semifinals.

The world No. 4, who has triumphed at this level in Madrid and Cincinnati this season, was strong on serve against the Norwegian, winning 86 per cent (37/43) of points behind his first serve to advance after one hour and 36 minutes.

“I thought he served extremely well which made it very difficult to break,” Zverev said. “I’m happy with the win and to be in the semi-finals.”

Zverev is currently playing some of the best tennis of his career, having won 28 of his past 30 matches, with this run starting at the Tokyo Olympics, where he won the Olympic singles gold medal. The 24-year-old also lifted the trophy in Vienna last week.

The fourth seed has fond memories in Paris, enjoying a run to the final in the French capital last year. But he will be hoping to go one step further this week and will next meet Daniil Medvedev after the Russian edged French qualifier Hugo Gaston 7-6(7), 6-4.

Ruud, like Zverev, has earned five tour-level titles in 2021.

In a strong performance, Zverev played aggressively and raised his level in the crucial moments, saving all three break points he faced to advance. The German now leads Ruud 2-0 in their ATP head-to-head series.