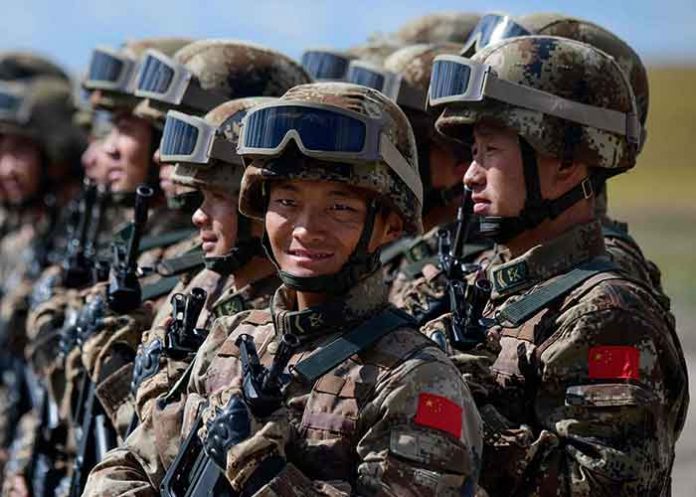 The Western Theatre Command is oriented towards India and counter-terrorism missions along China’s Central Asia borders.

The Western Theatre Command is geographically the largest theatre command within China and is responsible for responding to conflict with India and terrorist and insurgent threats in western China.

PAP units responsible for Xinjiang operations are also likely under the control of the Western Theater Command, a report by the US Defence Department said.

Within China, the Western Theatre Command focuses on Xinjiang and Tibet Autonomous Regions where the CCP perceives a high threat of separatism and terrorism, particularly among Uyghur populations in Xinjiang.

According to the US Department of State’s 2020 Country Reports on Human Rights Practices, in the PRC, “genocide and crimes against humanity occurred during the year against the predominantly Muslim Uyghurs and other ethnic and religious minority groups in Xinjiang.”

Authorities were reported to have arbitrarily detained more than one million Uyghurs, ethnic Kazakhs, Kyrgyz, and other Muslims in extrajudicial internment camps designed to erase religious and ethnic identifies.

PRC government officials justified the camps under the pretence of combatting terrorism, separatism, and extremism.

Beginning in early May 2020, tensions along the India-China border dominated the Western Theatre Command’s attention. Differing perceptions of border demarcations along the Line of Actual Control (LAC) joined with recent infrastructure construction, led to multiple unarmed clashes, an ongoing standoff, and military buildups on both sides of the India-China border. In response to an unarmed skirmish in June 2020 between PRC and Indian patrols in Galwan Valley — the most violent clash between the two countries in 45 years — the Western Theatre Command led a large-scale mobilization and deployment of PLA forces along the LAC, the report said.

Throughout the standoff, PRC officials sought to downplay the severity of the crisis, emphasizing Beijing’s intent to preserve border stability and prevent the standoff from harming other areas of its bilateral relationship with India. The PRC seeks to prevent border tensions from causing India to partner more closely with the United States. PRC officials have warned US officials not to interfere with the PRC’s relationship with India, the report said.