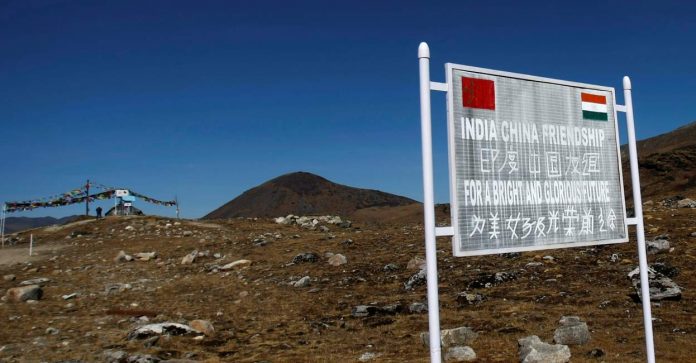 China has built a large 100-home civilian village inside disputed territory between the Tibet Autonomous Region and India’s Arunachal Pradesh, claimed the US Department of Defense in its annual report to Congress on military and security developments involving China.

These and other infrastructure development efforts along the India-China border have been a source of consternation in the Indian government and media, it stated.

The report also specifically points out that China has attempted to blame India for provoking the standoff through India’s “increased infrastructure development” near the Line of Actual Control (LAC).

Asserting that its deployments to the LAC were in response to Indian provocation, Beijing has refused to withdraw any forces until India’s forces have withdrawn behind the its version of the LAC and ceased infrastructure improvements in the area, it stated.

“PRC (People’s Republic of China) officials, through official statements and state media, had also sought unsuccessfully to prevent India from deepening its relationship with the US during and subsequent to the standoff, while accusing India of being a mere ‘instrument’ of US policy in the region,” it stated.

The department also asserted that Chinese officials have warned US officials to not interfere with the their relationship with India.

Elaborating about India and China border dispute in the last 18 months, it stated that despite the ongoing diplomatic and military dialogues to reduce border tensions, the PRC has continued taking incremental and tactical actions to press its claims at the LAC.

The report stated that tensions with India along the LAC sparked an ongoing standoff between Chinese and Indian troops in mid-May 2020, which lasted through the winter.

The standoff escalated on June 15, 2020 after a skirmish ensued in the Galwan Valley in Ladakh between the Indian Army and PLA troops that resulted in casualties on both sides, including the deaths of 20 Indian soldiers.

The current standoff between the two nations resulted in the first deaths in the last 45 years.

Despite agreements to disengage in the spring of 2021, both sides maintain troops along the LAC as Corps Commander-level negotiations progress slowly.

The report stated that differing perceptions of border demarcations along the LAC joined with recent infrastructure construction, led to multiple unarmed clashes, an ongoing standoff, and military buildups on both sides of the border.

It also stated that throughout the standoff, PRC officials sought to downplay the severity of the crisis, emphasising Beijing’s intent to preserve border stability and prevent the standoff from harming other areas of its bilateral relationship with India.

The PRC seeks to prevent border tensions from causing India to partner more closely with the US.

As of June 2021, the PRC and India continue to maintain large-scale deployments along the LAC and make preparations to sustain these forces while disengagement negotiations have made limited progress, the report stated.