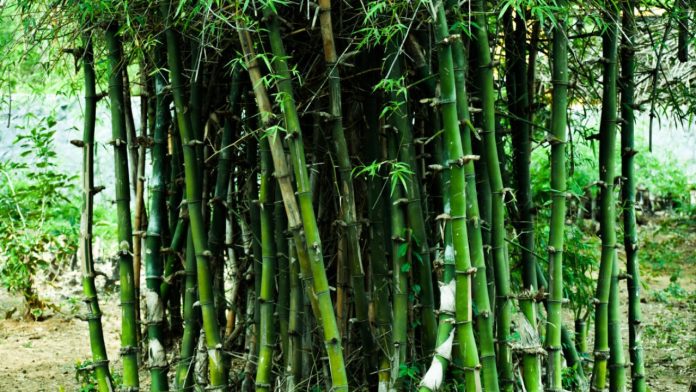 A ‘Bamboo Village’ will come up in Himachal Pradesh’s Una district under the National Bamboo Mission with an initial cost of Rs 1.17 crore with technical assistance from Pune-based firm ‘Bamboo India’, to make a variety of products from the material.

The Village would come up at Boul village on 24 kanals (a kanal is approximately 0.125 acre) to promote in the hill state.

“A career in bamboo craft would help several artisans realise their dreams in the hill state as the state government decided to set up the first bamboo village in Una district aiming to improve living conditions in remote areas by making use of the natural resources,” officials said.

He said that the state government will organise free training camps in bamboo based handicraft to around 500 villagers/youths to enable the local artisans to adapt their creativity as per the demands of the market and get better prices for their products, and also set up a unit for manufacturing strong, affordable and fancy golden coloured bamboo articles/furniture.

The state government has also shortlisted a hybrid species of oxygen releasing Bamboo trees named ‘Beema Bamboo’ to be planted in a scientific method to get the maximum benefit of oxygen. An ‘Oxygen park’ with Beema bamboo will be established with estimated cost of around Rs 40 lakh at the same village.

The government has approached the Pune-based company, which has rich experience and already engaged in setting up Oxygen Parks in many parts of India, for technical assistance said an official.

The state government has planned massive bamboo plantation to get raw material round the year. Local farmers will be given bamboo seeds for free, while bamboo will be planted on open and barren lands under the National Bamboo Mission.