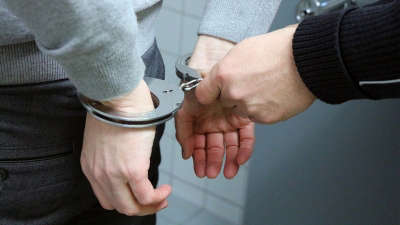 The terrorist who was arrested by the Special Cell of Delhi Police from the national capital on Monday night was trained by Pakistan’s Inter-Services Intelligence (ISI), officials privy to the probe told IANS on Tuesday.

“The suspected terrorist had been assigned to carry out terror strikes during the festive season at the behest of Pakistan’s ISI,” a senior official said.

Deputy Commissioner of Police, Pramod Singh Kushwah, informed that the accused Pakistani national was trained by the ISI for at least six months in Sialkot, Pakistan.

An ISI handler bearing the code name Nasir motivated him to work as a sleeper cell for subversive activities in India.

“In 2004, after completion of his training, the accused terrorist, Mohd Ashraf alias Ali, managed to enter India from Bangladesh through the Siliguri border in West Bengal,” the senior official said.

Ali was arrested from the Laxmi Nagar area at around 9.30 p.m. on Monday.

According to the official, Ali, who had obtained fake Indian identity cards using forged documents, was living as an Indian national by the name of Ali Ahmed Noori in Shastri Nagar.

“At the time of his arrest, the police recovered an AK 47 along with several other arms and ammunition,” Kushwaha said.

Apart from the AK 47, two magazines with 60 live rounds, one hand grenade and two pistols with 50 rounds of cartridges were recovered from his possession.

Ali has been arrested under the relevant sections of UAPA Act, Explosives Act and Arms Act, the official said.

Notably, the cops in the national capital were already on high alert due to the festival season.

“During the festive season, there is high footfall of people in the markets, temples and commercial complexes. This rush of people can be used by anti-national elements having nefarious designs to carry out terror attacks in such places,” a top official had recently told IANS.

Delhi Police Commissioner Rakesh Asthana had also taken a crime review meeting on Saturday with senior officials and issued directions to enhance their vigil during the festival days.

In the review meeting, how to prevent terrorists or anti-national elements from taking the help of local gangsters was also discussed.

The arrest came nearly a month after the Special Cell had on September 14 busted a Pakistan-based terror module and arrested seven suspected terrorists, including two who were trained by the ISI.

The arrested terrorists were planning to carry out terror attacks in the country during this festival season. All the suspects are currently in police custody.