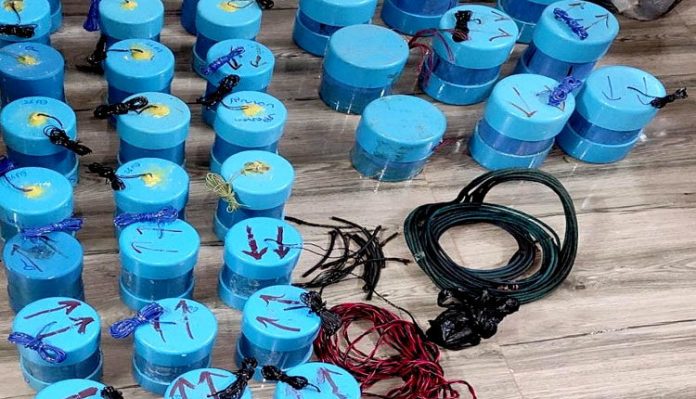 The troopers of Assam Rifles patrolling along the India-Myanmar border in Manipur have recovered huge quantities of Improvised Explosive Device (IED) weighing around 250 kg, officials said on Monday.

The recovered IED and explosives were handed over to the Moreh police station in Tengnoupal district for necessary legal action.

A police officer said that at least four youths in two foreign made bikes tried to enter India through the Moreh border from Myanmar’s Namphalong area, but after seeing the security personnel they threw the bags containing the IED and other explosive materials and fled to the other side of the border.

The police suspect that these explosive materials and the IED were likely to be used in the upcoming Manipur Assembly elections scheduled next year.

Smuggling of drugs, arms and ammunition and explosives are rampant from Myanmar as Manipur shares around 400 km of unfenced border with the neighbouring country.