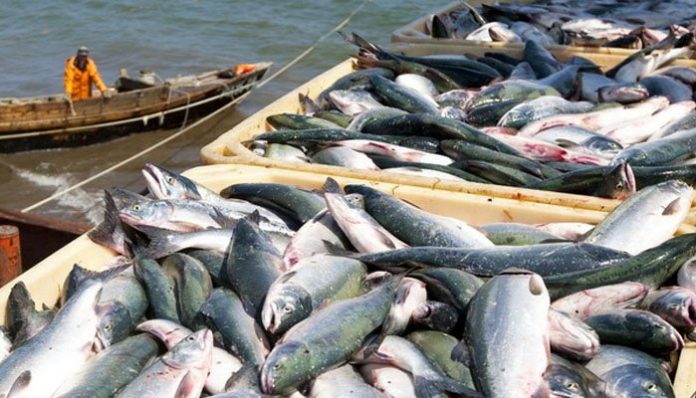 A series of roundtable conferences are being organised to discuss the same.

According to APEDA regional officer C.B. Singh, the Ministry of Commerce and Industries, Government of India, has already been taking several key initiatives to sensitise growers, exporters, government officials and other stakeholders for harnessing the export potential of agri-products from the region.

“As the fishery farmers and their production has increased in this region in recent years, there was a demand from them for giving them similar opportunities like agriculture farmers. In view of it, MPEDA officials who operate from Kochi, were asked to hold a meeting here,” said Singh.

Fishery farmers were assured by the APEDA officials about initiatives to boost marine-agri product exports from Varanasi region by inviting MPEDA — the nodal agency for marine product export.

MPEDA director M.Karthikeyan emphasised on the need to build a hatchery in Varanasi and assured that further action in this regard will be discussed with the concerned department very soon.

Deputy director MPEDA Dr Lahiri said that MPEDA is exploring possibilities for developing Varanasi as a fish export hub. He said that the farmers of the area are working on high-end technology, for which capacity enhancement is necessary. There is a need to study and practice the value addition, residual effect on the farmers.

The officials said that a processing unit, packhouse for fish produce, hatchery in Uttar Pradesh, advancement in technology may also be the project which may be proposed in future for promotion of fish and fish produce export from Varanasi.