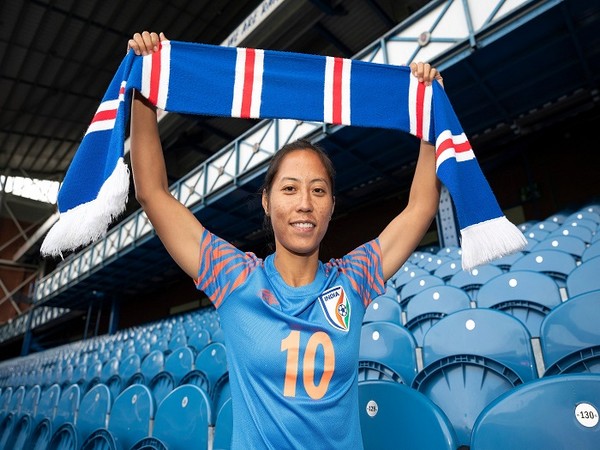 India women’s football team striker Bala Devi believes that tournaments like the AFC Women’s Asian Cup 2022 are real sources of motivation. She added that tournaments like this are a stepping stone for young players to progress in the game. The AFC Women’s Asian Cup India 2022 will be played across Navi Mumbai, Mumbai and Pune from January 20 to February 6.

“These tournaments are a real source of motivation. Not solely for the players but also for fans and parents, who become aware of the magnitude of such major events. I would really like to thank the Federation (AIFF) for giving this platform for our women because it is a truly wonderful step. It feels great (to have the opportunity to participate in such major tournaments) but at the same we have a lot to prove – that we are equals and we want to make everyone feel proud every time we represent India,” said Bala in an episode of Catching Up with The Seniors on AIFF’s Youtube channel on Wednesday.

Bala, who bagged her third AIFF Women’s Footballer of the Year Award earlier this year, has urged the football fans to support the Indian team in AFC Women’s Asian Cup followed by the FIFA U-17 Women’s World Cup.

“They were so widely and strongly supported, which made me really happy. I would humbly request everyone to show similar support to the women who will be participating in the AFC Women’s Asian Cup India 2022 in January next year, as well as to those who will play in the FIFA U-17 Women’s World Cup India 2022 in October next year,” said the striker, who has scored 42 goals in her 11-year international career.

The India women’s football team played four international matches, defeating UAE (4-1), Bahrain (5-0) and Chinese Taipei (1-0) while suffering a 0-1 loss to Tunisia as part of preparations for next year’s AFC Women’s Asian Cup. They are scheduled to take on Swedish top tier league side Hammarby IF in a friendly match in Stockholm on Wednesday.