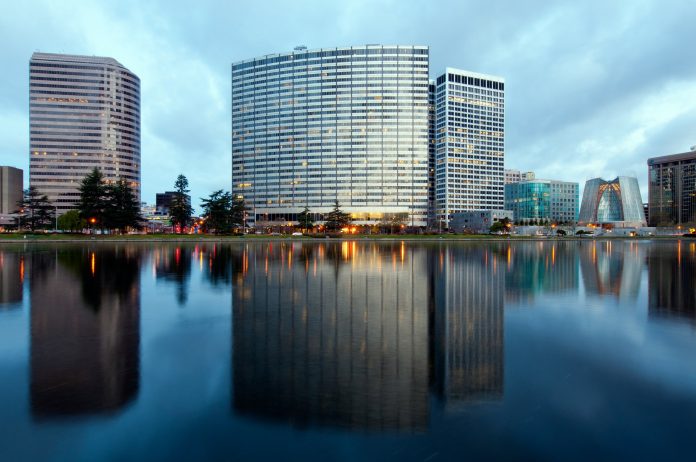 If you’ve visited Oakland multiple times or you just prefer to discover more of the unusual side of the city after having purchased one of the Oakland houses for sale, you’ll definitely want to put one or more of these options on your list.

Strangely enough, you can experience a slice of Italy right in Oakland with Lake Merritt making it easy to feel as if you’re in Venice. This large tidal lagoon right in the heart of the city is surrounded by lush parkland and offers cruises in traditional Venetian gondolas.

Just like it is in the city across the Atlantic, it’s a little touristy but it’s still romantic and you can even bring a bottle of wine to enjoy with the one you love as you take in the scenic views. There are artificial islands that are home to various bird species, and afterward, you can stroll around the body of water – it just so happens to form a heart shape.

Take in a Performance at the Chapel of the Chimes

This unique turn-of-the-century columbarium sits atop a hill and is the eclectic vision of California’s first licensed female architect. Educated in Berkeley and Paris, she created a chapel designed with Spanish-Moorish-Gothic flourishes similar to the Alhambra in Spain, a stunning environment to house the dead. Local artisans and treasures from Europe brought stained glass and mosaic work to life while thousands of little niches were filled with urns, many shaped like books.

With the surrounding tranquil patio-like rooms and gardens, it has the impression of a huge light-filled library. A Gregorian cloister holds manuscripts dating back to 1550 and a bible collection includes a page from a nearly 570-year-old Gutenberg Bible. Today the chapel hosts regular music and summer solstice performances.

A dive bar constructed from the remains of a whaling ship at the corner of Jack London Square, Heinold’s First and Last Chance Saloon has been operating since 1883 as the oldest in Oakland Filled with legends, it’s one of the diviest dive bars you’ll find, but it was also cool before anyone knew what cool could be. It even attracted the likes of author Jack London, who was said to have written notes for Call of the Wild when he was drinking here. London mentioned it multiple times in several novels.

One of its most unique features is that the floors aren’t level by several feet. It was the big earthquake of 1906 that threw the floors off when pilings beneath the building settled. You’ll also see many signed dollar bills tacked up on the walls as soldiers and sailors would sign their money and put it up so they’d have it ready when they returned, although most never came back to this port city.

One of the first storybook theme parks in the nation was created here in Oakland more than 70 years ago, aimed to provide a world of fairytales for small children, with some 40 different settings themed on storybooks, gentle rides, fantasy-like gardens, and puppet theaters. It was the brainchild of Arthur Navlet who proposed Children’s Fairyland to the city and it was approved immediately.

In 1950, it opened with Mother Goose-motif doors, but no adult could walk through without a child, a rule that’s been upheld ever since. Walt Disney himself was said to gather inspiration from it for his own theme park, and many others, including puppeteer Frank Oz, took their influence here as well.

This underground art show was born when filmmaker/comedian Jamie DeWolf was banned from performing at any local open mics in his hometown due to his subject matter. In 1999, he established Tourettes Without Regrets as a form of revenge. He’d been kicked out due to pieces about mutilation so he decided to create a kind of “thwart-them-all” type of thing.

Today performances that are part circus, part rap battle, and part poetry slam are billed as the “Fight Club of Underground art” taking place on the first Thursday of every month at the Oakland Metro Opera House.