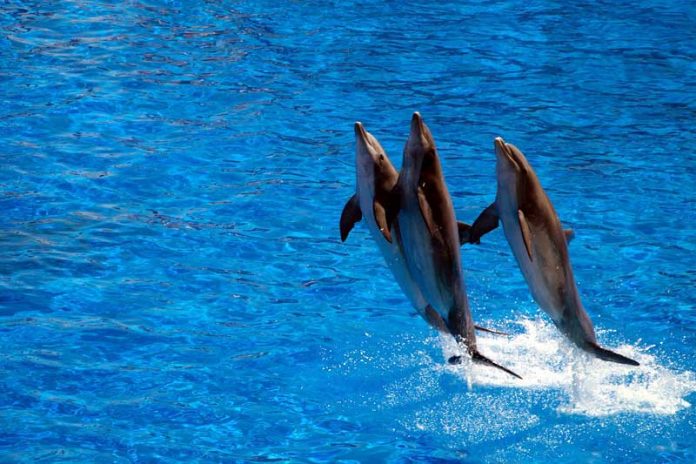 The pan-India enumeration, part of the wider “Project Dolphin”, will be starting with workshops in November with field work aimed to be completed by March next year and the report expected by June-July 2022. This will start with river dolphins.

Prime Minister Narendra Modi had on August 15, 2020 initiated the Project, which envisaged bringing both the river dolphins and marine dolphins under its conservation programme.

Ganges River Dolphin is listed in Schedule I of the Indian Wildlife (Protection) Act 1972 , and was declared as the national aquatic animal of India and the state aquatic animal of Assam in 2009. They are also accorded the highest protection priority for conservation, by being listed in Appendix I of CITES and Appendix II of CMS COP.

The Indus River Dolphin, meanwhile, has a population of 6-8 dolphins in India, distributed only in a small pocket of the Beas River in Punjab, with majority of the population, of 1,816 individuals, residing in Pakistan.

“There is almost 40 per cent range reduction over last 100 years. Earlier, there were dolphins upstream of Bijnor (UP), now they are only downstream of Bijnor. In fact, even Yamuna near Delhi had dolphins a century ago. Barak river in Assam too had earlier, now nothing,” said nodal officer for the dolphin enumeration programme at the Wildlife Institute of India (WII), Vishnupriya Kolipakam.

Generally, traditional methods of census are very hard to follow in case of dolphins. Boats would be needed according to the depth of water in the habitat. Also, it is not necessary that the dolphins would be visible when the enumerators reach the area for counting. Important is also the fact that the enumerator needs to be trained adequately so that he or she does not mistake sun shimmer on water as dolphins.

“Unlike what is common in popular imagination that dolphins leap one after another, Indian dolphins are visible only for a few seconds. That can possibly lead to errors. Last five years, we have spent on standardising the methods to get robust estimates,” she said.

Unlike marine habitat, where the depth of the sea/ocean is adequate enough everywhere for boats/ships to reach, the river dolphins’ census becomes a tad difficult as the boat cannot reach everywhere.

“And then, there are the non-surfacing dolphins too. The dolphins are blind and largely use sound for movement, foraging and communication. Hydrophones are dragged underwater to catch this dolphins’ sonar. Visual observers’ data and that generated from acoustic are combined to get proper readings,” Kolipakam said.

Stating that dolphin conservation and Ganga conservation is linked, National Mission for Clean Ganga (NMCG) Director General Rajiv Ranjan Mishra said: “We are now awaiting cabinet approval for this enumeration. It is due anytime.”

The NMCG already has a biodiversity conservation project with the WII and dolphin is part of it, being the national aquatic animal. It has also tied up with several institutions for sensitising the fishermen as sustainable fishing is important for dolphins.

Ministry of Environment, Forests and Climate Change’s CAMPA had funded the programme for five years under ‘Endangered Species Recovery Programme’ and the funds were used for coming up with a management plan for the Gangetic River Dolphin (along with that for Great Indian Bustard, Dugong, and the Manipur Deer). It would again be the Ministry that would fund the dolphin enumeration.

Professor Qamar Qureshi from the WII said: “We have worked out appropriate scientific methods to count dolphins. Earlier methods were not appropriate; the current one is now robust and scientifically accurate.”

The workshops for training are likely to start in November. “The field exercise will finish by March and by June-July, the report should be expected,” he said.