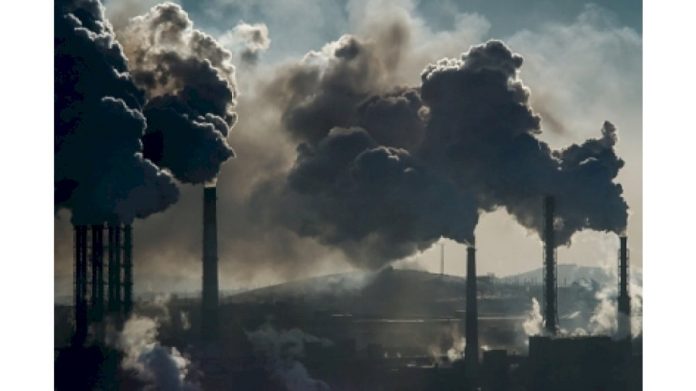 Ahead of the annual UN Climate Change Conference (COP26), the World Meteorological Organization (WMO) on Monday warned that the world is “way off-track” in containing global temperature rise with the concentration of carbon dioxide (CO2), the most important greenhouse gas, reaching 413.2 parts per million in 2020.

Concentration of CO2 is 149 per cent of the pre-industrial level, Methane (CH4) is 262 per cent and nitrous oxide (N2O) is 123 per cent of the levels in 1750, when human activities started disrupting Earth’s natural equilibrium, according to WMO’s greenhouse gas bulletin.

Methane is a powerful greenhouse gas which remains in the atmosphere for nearly a decade.

The abundance of heat-trapping greenhouse gases in the atmosphere once again reached a new record in 2020, with the annual rate of increase above the 2011-2020 average and that trend has continued in 2021, the WMO said in a global media release.

“The greenhouse gas bulletin contains a stark, scientific message for climate change negotiators at COP26. At the current rate of increase in greenhouse gas concentrations, we will see a temperature increase by the end of this century far in excess of the Paris Agreement target of 1.5 to 2 degree Celsius above pre-industrial levels,” said WMO Secretary General, Petteri Taalas.

The world leaders are set to meet at Glasgow in the UK from October 31 for the COP26 to work out a global action plan to reduce emissions so as to keep the global temperature rise to 1.5 degrees Celsius compared to the pre-industrial era.

As long as emissions continue, global temperature will continue to rise. Given the long life of CO2, the temperature level already observed will persist for several decades even if emissions are rapidly reduced to net zero. Alongside rising temperatures, this means more weather extremes, including intense heat and rainfall, ice melt, sea-level rise, and ocean acidification, accompanied by far-reaching socio-economic impact.

The bulletin shows that from 1990 to 2020, radiative forcing — the warming effect on our climate — by long-lived greenhouse gases increased by 47 per cent, with CO2 accounting for nearly 80 per cent of this increase. The numbers are based on monitoring by WMO’s Global Atmosphere Watch network, the release said.

“The amount of CO2 in the atmosphere breached the milestone of 400 parts per million in 2015. And just five years later, it exceeded 413 ppm. It has major negative repercussions on our daily lives and well-being, the state of our planet and the future of our children and grandchildren,” Taalas added.

Reducing atmospheric methane in the short-term could support the achievement of the Paris Agreement and help in reaching many sustainable development goals due to multiple co-benefits of methane mitigation, the bulletin said, adding: “But this does not reduce the need for strong, rapid and sustained reductions in CO2.”

Warning that the last time the Earth experienced a comparable concentration of CO2 was 3-5 million years ago, when the temperature was 2-3 degrees Celsius warmer and sea level was 10-20 metres higher than now and more importantly, there weren’t 7.8 billion people then, Taalas said: “It is hoped that COP26 will see a dramatic increase in commitments. We need to transform our commitment into action that will have an impact on the gases that drive climate change. We need to revisit our industrial, energy and transport systems and whole way of life. There is no time to lose.”