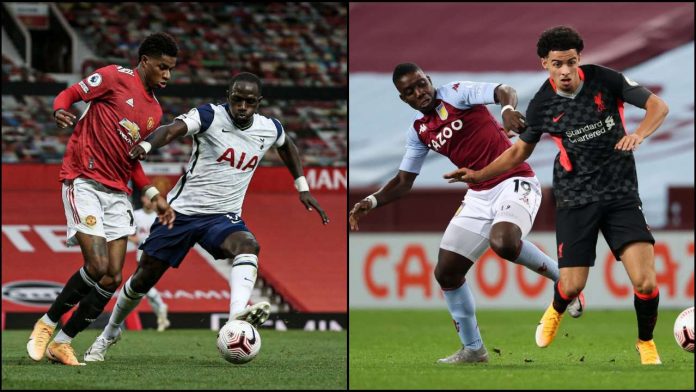 The Red Devils have beaten Liverpool only once in the last 11 encounters and the result did not divert from the script as Liverpool took an early lead. But no one ever imagined that Ols Gunnar Solskjaer’s side would suffer such a humiliation. And to add to United’s troubles, midfielder Paul Pogba was second off for a dangerous tackle, which means he will miss a few more matches as they struggle to recover from the humiliating experience.

Salah scored in the 38th minute, 45+5 minutes, and in the 60th minute as Liverpool dominated the match and made the most of their chances.

United were four goals down by halftime — the largest margin ever in their history at that stage of a game — and looked disjointed as Salah, Diogo Jota, and Naby Keita all found the net.

Salah added his third moments into the second half before Paul Pogba was sent off for a dangerous tackle.

However, things could have taken a different turn as it was United that got the first chance to score. Bruno Fernandes had an opportunity to open the scoring for United after just four minutes but he blasted over the crossbar.

Liverpool scored in the next minute after some poor defending from United saw Luke Shaw attempting to mark Salah, Keita, and Andy Robertson. Salah chose to play in Keita, who hit the ball past David de Gea.

United were guilty of poorer defending that resulted in them conceding their second goal when Trent Alexander-Arnold put a low cross into the box and Jota stretched to place it in the net.

Salah scored his first goal in 38 minutes with a low sidefoot past De Gea and his second five minutes into added time at the end of the first half with a superb strike from the corner of the box.

Portuguese goal machine Cristiano Ronaldo thought he had pulled one back for United on 52 minutes with an excellent piece of individual skill, but VAR replays showed he had been offside in the build-up, and the goal was disallowed.

Their day went from bad to worse when Pogba was sent off on the hour mark for a studs-up challenge on Keita, who had to be stretchered off the pitch.