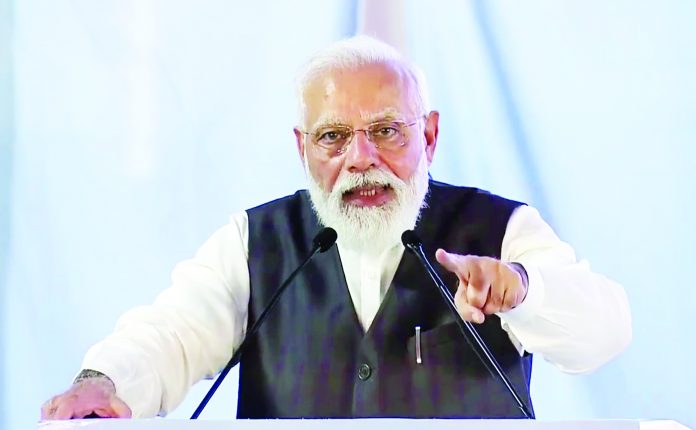 Addressing a rally in Kushinagar, the Prime Minister said that the Yogi Adityanath government has defeated the land mafia in the state.

“Previous governments were hand in glove with the mafia. Corruption, crime and scam was the order of the day. They were not Samajwadis but Parivarwadis. They forgot about the state’s welfare and focussed on their own welfare,” he said.

Modi pointed out that benefits of all schemes are now directly reaching the target beneficiaries.

“Rs 80,000 crore has reached the bank accounts of farmers. The PM Swamitva Yojana will open new doors of prosperity in rural areas. Under this, the ownership documents of the houses in villages will be provided to people. Women have benefitted the most in Yogi Adityanath’s regime. They have got houses registered in their names and have toilets,” he said.

Lauding the Yogi Adityanath government, Modi said that Uttar Pradesh was leading in every field — be it Covid control, vaccination or Swachh Bharat.

“In just two years, 27 lakh people received connections for clean drinking water. Double engine government is improving situation with double strength. Otherwise, the government which was here before 2017 was not concerned with your problems,” he stated.

The Prime Minister went on to highlight the various development projects that he launched on Wednesday, including opening of an airport, widening of the road to Maharajganj and a medical college.