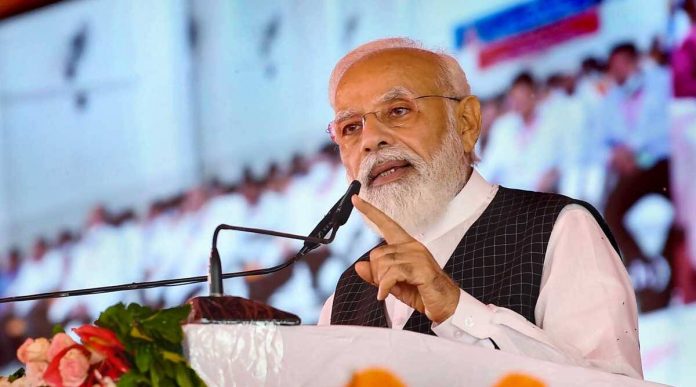 Speaking on the occasion, the Prime Minister said that the new medical colleges, besides giving a boost to health infrastructure, would also create new job avenues for the youth and those wanting to make a career in the medical sector.

“The image of Purvanchal, till now, was that hundreds of children die here due to encephalitis. Now Purvanchal will be known as a region that gives the light of health. This is the first time that so many medical colleges are being inaugurated at one go,” he said.

He further said that the previous government lacked the political will to ensure the welfare of the people.

“They only ensure their own welfare and that of their families. The cycle of corruption ran very fast,” he said in an obvious reference to the Samajwadi Party whose election symbol is cycle.

Meanwhile, eight Medical Colleges have been sanctioned under the centrally sponsored scheme for ‘Establishment of new medical colleges attached with district/ referral hospitals’ and one Medical College at Jaunpur has been made functional by the state government through its own resources.

Under the Centrally Sponsored Scheme, preference is given to underserved, backward and aspirational districts.

The scheme aims to increase the availability of health professionals, correct the existing geographical imbalance in the distribution of medical colleges and effectively utilise the existing infrastructure of district hospitals.