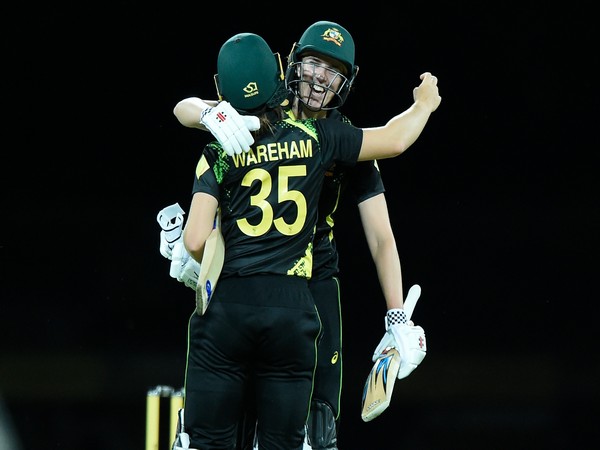 After posting just 118/9 in 20 overs, thanks to an unbeaten 37 from Pooja Vastrakar, India did well with the ball to reduce Australia to 94/6 in 16.4 overs. But Tahila’s crucial knock, laced with six boundaries, ensured Australia held their nerve and chase the total with five balls to spare.

Chasing 119, the hosts received an early jolt when Alyssa Healy (4) was bowled on the second ball of the innings by Shikha Pandey with a delivery that cut back in. Post power-play, India bagged three big wickets of Meg Lanning (15), Ashleigh Gardner (1) and Ellyse Perry (2) to leave Australia reeling at 46/4 in 9.1 overs.

Tahlia stitched a partnership of 25 with Beth Mooney (34) before the latter was stumped in the 144th over, becoming left-arm spinner Rajeshwari Gayakwad’s third wicket of the match. Three overs later, Rajeshwari had Nicola Carey (7) dismissed in the same manner to keep India in the hunt of an unlikely win.

Tahlia struck some boundaries to bring the equation down to 24 runs in the last three overs. In Shikha’s last over, Georgia Wareham struck two boundaries through cover and long-off. It was followed by Tahlia slamming back-to-back boundaries through mid-off and cover off Renuka Singh in the next over. Fittingly, Tahlia scored the winning single to seal the win for her side.

Earlier, Australia rocked India in the power-play, taking three wickets while conceding just 25 runs. Tayla Vlaeminck removed Smriti Mandhana (1), caught at mid-wicket in the opening over. In her next over, Tayla had Shafali Verma (3) top-edging to mid-on. Left-arm spinner Sophie Molineux had Jemimah Rodrigues (7) caught at mid-on in the final over of power-play.

Harmanpreet Kaur (28) tried to keep the scoreboard moving by crunching Ellyse for three boundaries in the eighth over. But in the next over, Harmanpreet was stumped off Georgia while going for the big hit. The Indian skipper’s dismissal resulted in a slide with India in tatters at 81/9 in 17 overs.

India was in serious danger of getting out for a total below 100. But Pooja quashed those concerns with an unbeaten cameo of 37. She started off by hammering Nicola for a four and six in the 18th over. Sophie was economical in the penultimate over, conceding just three runs in the 19th over.

Pooja then thrashed Hannah Darlington for 16 runs in the final over, starting with a four followed by a six over the bowler’s head, hit a straight six and ended the innings with a whip over a misfielding wide long-on for a four as India amassed 37 runs off the last three overs.