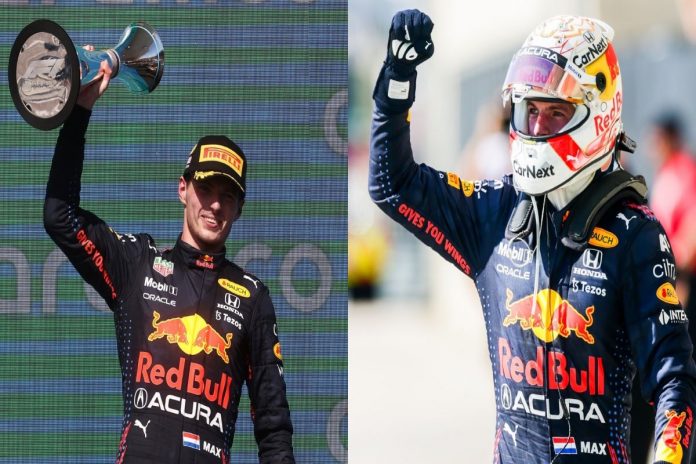 Red Bull’s Max Verstappen extended his lead in the 2021 Formula One World Championship by holding off Great Britain’s Lewis Hamilton to win an absorbing United States Grand Prix at Austin.

In yet another captivating duel between the title contenders on Sunday evening that went all the way to the final lap, Verstappen withstood heavy pressure from a charging Hamilton, the seven-time champion, on fresher tyres to claim his first victory in the USA.

Starting from pole position, Verstappen lost out to Hamilton at the start, but retook the lead by pitting three laps before the Mercedes driver and taking advantage of his fresher rubber to pump in faster lap times.

The high degree of tyre wear at the Circuit of the Americas meant that two pit stops were the order of the day, but while Verstappen made his second stop on lap 29, Hamilton stayed out until lap 37 before pitting again, eventually emerging 12.5 seconds behind the Dutchman.

With his tyres eight laps younger than Verstappen’s, Hamilton rapidly closed on the Red Bull and had the gap down to 2.6 seconds by lap 47, as Verstappen struggled to carve his way cleanly through the backmarkers.

But just when it seemed inevitable that Hamilton would catch and pass Verstappen, the Briton began to lose momentum in the turbulent air thrown up by the rear of the Red Bull, and Verstappen just managed to eke out his tyre life enough to keep the Mercedes out of DRS range and take a brilliantly composed win.

“Of course we lost out at the start so we had to try and do something else,” said Verstappen afterwards. “The tyre wear is quite high around this track, we went aggressive and I was not sure it was going to work but the last few laps were fun. A bit sideways through the high-speed corners but super happy to hang on (to win).”

Verstappen’s teammate Sergio Perez survived a malfunctioning drinks bottle to round out the podium places in third place. Ferrari’s Charles Leclerc took a fine fourth, ahead of the McLaren of Daniel Ricciardo. Hamilton’s teammate Valtteri Bottas finished sixth after taking a grid penalty for an engine change, with Leclerc’s teammate Sainz in seventh, Xinhua reports. Ricciardo’s teammate Lando Norris took eighth ahead of AlphaTauri’s Yuki Tsunoda, and the Aston Martin of Sebastian Vettel rounded out the top ten.

Verstappen’s eighth win of the season puts him on 287.5 points, 12 ahead of Hamilton with five races to go. Bottas remains third with 185 points.

In the constructors’ standings, Mercedes still lead with 460.5 points, but Red Bull have closed up and now have 437.5 points. McLaren are third with 254.

The next round of the 2021 F1 World Championship is next weekend’s Mexico City Grand Prix.