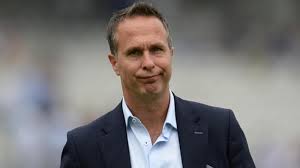 Former England captain Michael Vaughan has said that if the Joe Root-led side “get on a roll” early on in the Ashes series beginning December 8, they’ll do well, but if they start badly, it could be a “long tour” for them.

“I think this England Test match team are the kind of side that if they get on a roll and they get playing well, they’ll be fine. But if they start badly – so get out of Brisbane having got a hammering – it is going to be a long tour,” said Vaughan.

The England and Wales Cricket Board (ECB) said in a statement on Saturday that they had given ‘conditional’ approval to the Ashes tour, which ended speculation that one of the most gripping cricketing rivalries in the world could get cancelled.

Vaughan, who captained England to the Ashes series win in 2005, added that Australia could even make a clean sweep in the series. “This series could be 5-0,” he told ABC Sport on Friday.

England will be without all-rounder Ben Stokes, who recently underwent a second surgery on his injured finger, while fast bowler Jofra Archer has also been ruled out due to a recurring elbow strain, but Vaughan felt that Joe Root could show the way with his batting.

“If Joe Root can somehow install some of his methods into a few of the others, of course they can be a threat,” said Vaughan.

Citing the Indian cricket team’s example, Vaughan said that the Tim Paine-led side, though considered favourites, had their weaknesses.

“Going 1-0 up, bowling India out for 36 at the Adelaide Oval, (India captain) Virat Kohli going home and then not to win that series – (that) tells me they (Australia) are a vulnerable team,” Vaughan said.

“I don’t think they are anything like an Australian side of old. I think they are a good team, (they’ve) got a very good bowling attack but they’re certainly vulnerable.”