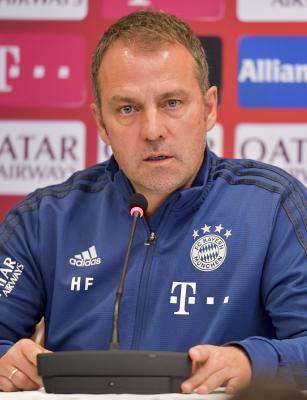 Ahead of 2022 FIFA World Cup qualifiers against Romania and North Macedonia, the former Bayern manager is counting on a close collaboration with his players’ club coaches.

Before delivering advice on the pitch at Germany’s training camp in Hamburg for Werner, Flick talked to Chelsea coach Thomas Tuchel to set up a strategy to support the troubled striker.

As a direct effect of the extra lessons in Germany, the 25-year-old forward has not only scored three goals in Germany’s last three matches, but “things have turned better in the Premier League too.”

Werner admitted he lacked confidence before joining up with Germany for September’s internationals. Last season, the 2021 UEFA Champions League winner had no fewer than 16 goals for Chelsea chalked off due to VAR decisions.

Flick’s actions seem to turn the German squad into a helpful psychotherapy center. At the same time, clubs like Bayern and Chelsea are benefitting. Werner called it vital to receive support from the national team, reports Xinhua.

“Being trapped in a situation without scoring, it is helpful to rely on a coach telling you that you are not a poor finisher and that things will improve as we care for you,” Werner stated.

National team director Oliver Bierhoff concluded, “Time off from the club can be used to clear your mind.”

Werner spoke about Flick’s extra lessons “as he told me about further options when receiving the ball directly or standing with my back to goal.”

Werner, Sane, and Gnabry have paid Flick back, not only in the Germany shirt but also for their clubs. After three goals in three internationals, Werner returned to scoring for Chelsea, having not scored a league goal since April.

“I try not to think about wasted chances too much. I know it doesn’t make sense to panic; it’s the wrong strategy,” he said after losing his place as a regular in London.

Success comes along with positive thinking. “Don’t worry about chances that are gone, but remember the things that went perfectly,” the attacker said.

The 16 disallowed goals “makes you think about your performance,” Werner added, claiming to have regained his confidence.

In addition to Tuchel, Flick contacted Bayern coach Julian Nagelsmann to discuss the cases of Sane and Gnabry. Knowing that his coach’s collaboration helped Sane find his way back to form.

Within weeks, the 26-year-old turned into a crowd-pleaser, after having previously been booed. “He found the right button and is on his way to address expectations,” Nagelsmann commented.

With Werner in the striker position, Sane and Gnabry coming steaming down the flanks. “It makes you feel secure to be sure about your position,” Werner said.

Flick seems to have found the golden way for the German team as his approach is reminiscent of his time in charge of Bayern. “It’s about talking about the team as a unit and intensively communicating with players and coaches.”