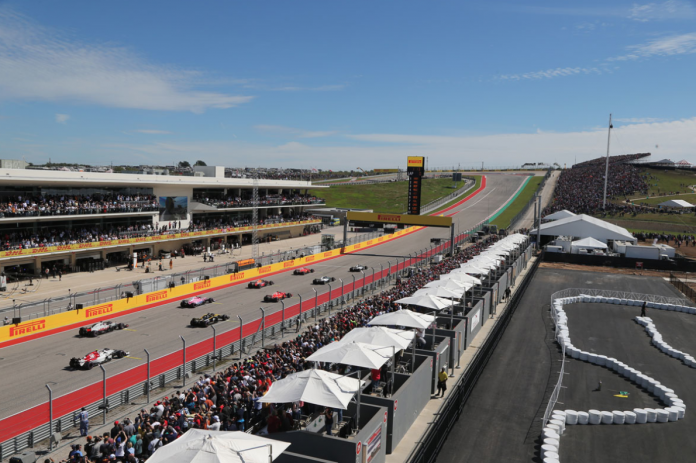 As preparations for the United States Grand Prix continue, there is still another chapter of Formula One’s global circus to unfold before that and although the pinnacle of motorsport will move stateside in just a few weeks, it must first navigate the Turkish Grand Prix.

A Grand Prix, which although is not a mainstay of the Formula One calendar, is one that takes on additional importance this year and with the race for the Drivers’ Championship heating up further, the conditions in Istanbul should be just as hot.

With warm weather on the horizon, it should mean an avoidance of the conditions that were witnessed at the recent Belgian Grand Prix and with events in Spa-Francorchamps resulting in nothing more than farce, it meant an eventual win for Max Verstappen.

A win that would have boosted his chances of earning a first ever championship and with his arch-rival Lewis Hamilton on the ropes, a further victory in the Dutch Grand Prix that followed, was one that could be considered a knockout blow.

Especially as the two championship protagonists then knocked each other out of the Italian Grand Prix and with no change in the way of points accrual, it meant Verstappen possessed a five-point lead over the defending champion.

Of course, to simply say Hamilton is the defending champion would be doing him a massive disservice and with the Briton being a man who has been then king of Formula One on seven different occasions, he is certainly the man to beat.

Then again, that lucky number seven is a tally of accolades that he shares with the German legend Michael Schumacher and that is why winning the 2021 edition of the Formula One crown is so important to the Mercedes pilot.

Because if Hamilton is to lead his number 44 car to overall victory at the end of the year, he will surely be considered as the greatest ever driver that this magical sport has witnessed and with 100 race wins to his name, it is already difficult to argue such a claim.

A century that was completed in the most recent race of this year’s Formula One calendar and after capturing victory at the rain-sodden Russian Grand Prix, it was the 36-year-old who catapulted himself to the top of the standings.

Like the Russian Grand Prix, the upcoming US Grand Prix will be covered by the top sportsbooks and for those who backed the Mercedes star to victory at Sochi, they would have been handsomely rewarded for their efforts.

Those efforts were perhaps made easier by the fact that Red Bull’s Verstappen had to start at the back of the grid and after his boss Christian Horner decided that a new power plant was to be installed, a penalty was duly handed out.

One that although was a bitter pill to swallow at the time, may actually benefit the son of former racer Jos Verstappen in the end and if this newfound horsepower is on show at the upcoming Turkish Grand Prix, it also bodes well for when the pitlane is busy in America.

Because the theory is that the Red Bull is now going to be even faster than it was before and when you consider just how much of a thorn it has been in the side of Mercedes during 2021, it could serve to create more anguish in the final few races of the year.

Which will mean Mercedes team boss Toto Wolff will have to find an answer from somewhere and with his ace possessing just a two-point lead at the top of the standings before the Turkish Grand Prix, we could see a new leader by the time the United States welcomes back Formula One.

Quite simply this has been one of the most titanic title tussles in many years and whereas it has been a case of Mercedes civil war since 2014 and even then, you would have to say that it has been a one-way tussle since Nico Rosberg’s retirement at the end of 2016, things are now a lot more interesting.

Interesting to the point where it is near impossible to declare just who will be crowned the 2021 Drivers’ Champion and although the answer is not apparent yet, it will be a lot closer by the time the chequered flag is waved at the United States Grand Prix.