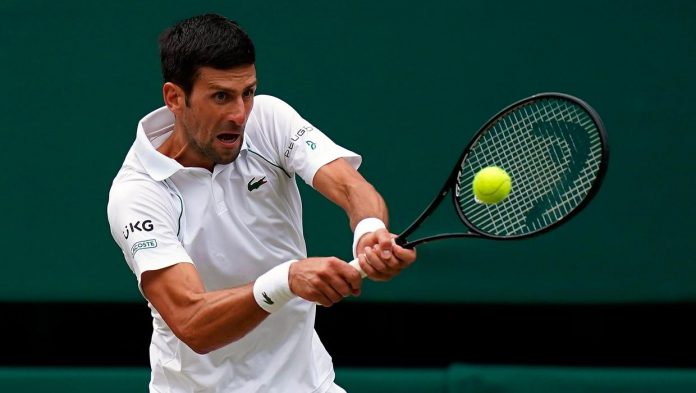 Even as world No.1 tennis player, Novak Djokovic of Serbia, is refusing to reveal his Covid-19 vaccine status, casting doubt over Australian Open participation next year, the state of Victoria has said that no athlete who has not been fully vaccinated will be allowed to participate in major events, which includes the Australian Open in January 2022.

Federal Immigration Minister Alex Hawke on Wednesday confirmed the state’s ruling during an interview with ABC News. “The government, in establishing its borders, has said that you’ll need to be double vaccinated to visit Australia,” said Hawke.

“That’s a universal application, not just to tennis players. I mean that every visitor to Australia will need to be double vaccinated.”

Victorian Premier Daniel Andrews has remained firm that exemptions would not be made for anyone.

“(The virus) doesn’t care what your tennis ranking is, or how many Grand Slams you’ve won. It’s completely irrelevant. You need to be vaccinated to keep yourself safe and to keep others safe,” he said on Tuesday.

“The state of Victoria, where the grand slam event takes place in Melbourne, has introduced a vaccine mandate for professional athletes, although authorities have not yet clarified what the requirement will be for those coming from abroad,” abc.net.au said on Wednesday.

“Things beings as they are, I still don’t know if I will go to Melbourne,” Djokovic told the online edition of Serbian daily Blic.

“I will not reveal my status, whether I have been vaccinated or not. It is a private matter and an inappropriate inquiry.

“People go too far these days in taking the liberty to ask questions and judge a person. Whatever you say, ‘yes’, ‘no’, ‘maybe’, ‘I am thinking about it’, they will take advantage,” added Djokovic, the winner of 20 majors.

Djokovic has won the opening grand slam of the year a record nine times, including the last three editions.

This month, Andrews announced a vaccine mandate for all domestic professional athletes requiring them to have received their first dose by October 15 and their second by November 26.

“I am following the situation regarding the Australian Open and I understand the final decision (on COVID-related restrictions) will be made in two weeks. I believe there will be a lot of restrictions just like this year, but I doubt there will be too many changes.” said Djokovic.

“My manager, who is in contact with the Australian Tennis Federation, tells me they are trying to improve the conditions for everyone, both for those who have been vaccinated and those who have not,” added Djokovic.