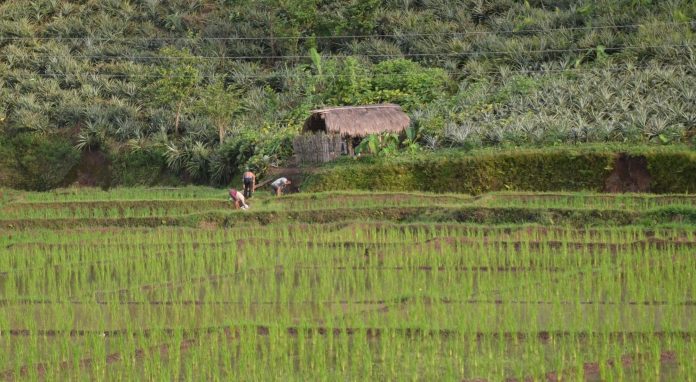 Farmers in Pilibhit district of Uttar Pradesh in the Terai region have found that crop diversification is an ideal way to end man-animal conflict and also enhance their income.

Pulkit Khare, Pilibhit District Magistrate, who is leading the campaign from the front, said, “Tigers can easily hide in sugarcane fields because it resembles their natural habitat. However, the tigers attack and kill farmers in the fields. We launched an intensive campaign to persuade sugarcane farmers to shift to equally remunerative alternative crops that are agro-climatically suited to the Terai environment.”

“After several rounds of talks with progressive farmers and experts, crops like turmeric, mustard, peas, soyabean, Mentha and lemon were identified as equally remunerative alternatives to conventional sugarcane plantation,” he added.

“The crops are short in height and do not provide a safe haven for the big cats. Besides, the crops bring in more money for farmers,” Khare said.

The campaign has already started yielding results. “As per the annual GPS survey for 2020-21 conducted by the sugarcane department, the cane coverage was 1,04,213 hectares. But that got reduced to 1,02,114 hectares when the same GPS survey was carried out for 2021-22,” the District Magistrate added.

“Thus, a reduction or rather diversification of around 2,099 hectares (3.5 per cent) of cane area took place in these villages as a result of this intensive campaign to motivate and train farmers for alternative ‘safer’ crops which would reduce man-animal conflict incidents in the times to come,” he said.

Rajvir Singh, a local farmer, said, “I have stopped growing sugarcane in the field near the forest area from where tigers often crept into the cane field. Instead, I have started growing vegetables in two of the seven acres of land that I possess.”

Another farmer Lehi Ram said, “I have begun growing Mentha and potatoes in place of sugarcane on four acres of land. I get better returns and there is no fear of encountering tigers that used to hide in dense cane fields.”

Pilibhit, located in the Terai landscape of Uttar Pradesh, is home to Pilibhit Tiger Reserve which has rich flora and fauna. As part of the upper Gangetic plain, its characteristic Sal forests, tall grasslands and swamps, host species like Indian leopard, swamp deer, hispid hare, floricans and an estimated 65 Royal Bengal Tigers.

“In the last five years, 15 humans were injured and 21 lives were lost in such conflicts. Fencing the entire perimeter of the reserve is a mammoth project which moves only a few notches each year as per the availability of budget with the department,” Khare said.

This forced the administration to intervene, analyse and make other efforts to reduce such occurrences considering the increasing number of man-tiger conflicts in the district.