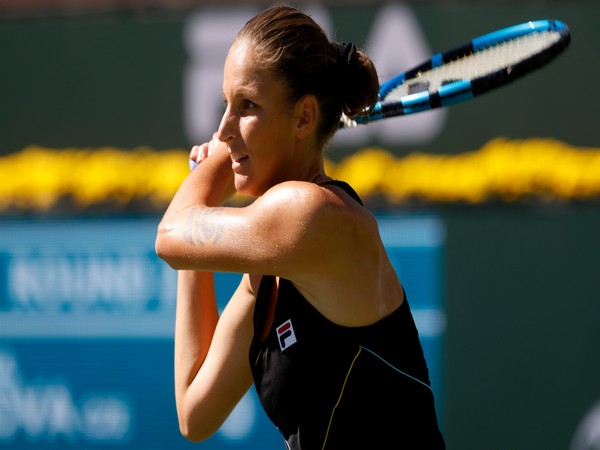 American teenager Coco Gauff had a winning debut at the BNP Paribas Open with a 6-3, 6-7(2), 6-1 victory over former top-10 player Caroline Garcia of France here on Sunday (IST).

In her first match in over a month, since losing to compatriot Sloane Stephens in the second round of the US Open, the 17-year-old secured a 2-hour and 10-minute victory to reach the third round.

Pushed to deuce on serve in the first game of the match, Gauff surrendered just five points in her ensuing service games in the opener, and never relinquished her lead after breaking serve to move ahead 3-1.

An aggressive performance from Gauff was what helped her secure victory. The American racked up an amazing 40 winners, thus balancing out her 40 unforced errors, while Garcia only totalled 19 winners. In addition, Gauff served up 12 aces.

“Playing matches with nerves, it’s not easy to put on a face. I know it seems like I’m calm sometimes, but I’m really freaking out. I try to not let you guys see, or most importantly, let my opponent see, and I think that got me through. I always say the crowd makes a difference in a match… and I’m happy this crowd loves me. It’s my first time playing in front of you guys… and I like you back,” Gauff added.

Gauff has another first-ever meeting on the cards in Round 3, as she faces No.21 seed Paula Badosa of Spain, who overcame Dayana Yastremska of Ukraine 6-4, 2-6, 6-2.

Krejcikova cruised in the final set after splitting the first two with Diyas. The reigning French Open champion will next face 2019 Roland Garros semifinalist Amanda Anisimova of the US. Anisimova upset No. 30 seed and Montreal champion Camila Giorgi of Italy to reach the third round, 6-4, 6-1.

Australia’s Ajla Tomljanovic eliminated No.5 seed Garbine Muguruza of Spain for her fourth career top-10 win, while No.1 seed Karolina Pliskova of the Czech Republic and No.12 seed Ons Jabeur of Tunisia also moved into the third round.

Tomljanovic notched the biggest upset by ranking thus far here, as she shocked No.5 seed Muguruza 6-3, 1-6, 6-3, to reach the third round at Indian Wells for the first time in her seven main-draw appearances.

“I was really looking forward to playing Garbine, because I did lose (to her) the last couple of times,” Tomljanovic said. “I did try to focus on that one time I beat her, and tried to channel that energy, so I was really happy that I got through today.”

No.1 seed Pliskova eased past Polish qualifier Magdalena Frech, 7-5, 6-2. World No.3 Pliskova has never failed to reach at least the third round in her seven career main-draw appearances in Indian Wells. She made sure to do it again with her 80-minute victory over 23-year-old Frech, who comes in at a career-high ranking of world No.106.