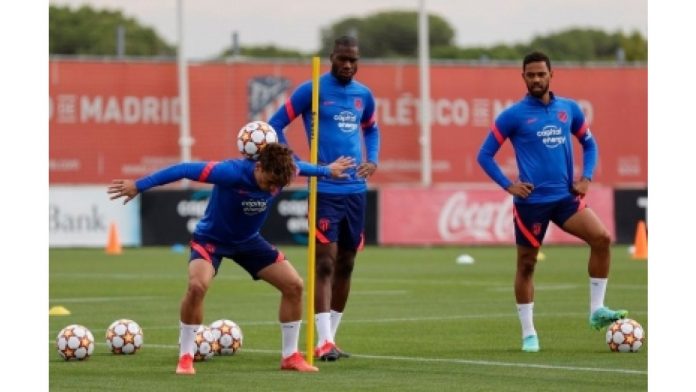 Atletico Madrid and Liverpool go head-to-head in the Champions League on Tuesday night in one of the most attractive games in this round of group matches.

Liverpool travel to Madrid on the back of an impressive 5-0 demolition of Watford on Saturday, while Atletico didn’t play at the weekend after their La Liga match at home to Granada was postponed to allow their South American players to recover from their recent international games.

Tuesday’s clash will no doubt bring back memories of the last meeting between the two teams in March 2020 when Atletico progressed to the quarter-finals after an extra-time win at Anfield, although the game will also be remembered as an Covid-19 super-spreader event that should never have gone ahead at the start of the pandemic.

A recent preliminary British Parliamentary report said that playing the game in front of a full house when Europe was locking down led to 37 unnecessary deaths.

The 17 days since Atletico’s last match (a 2-0 win at home over Barcelona) mean that midfielder Manuel Llorente, defender Jose Gimenez and forward Matheus Cunha should all be available for coach Diego Simeone after overcoming recent injury problems, reports Xinhua.

“We’ll have to see if so many days without a game are going to affect us. Some players have been with their national teams,” commented Atletico midfielder Koke ahead of the game.

The Spain international highlighted the importance of the game, saying that although “every” game was important, “playing against a team as important as Liverpool in front of our fans, means it is vital.”

“We want the three points to help us achieve our aim of qualifying from the group and to finish top of our group and if we want to do that, then Liverpool are the team to beat,” he added.

Liverpool are currently second in the Premier League and look a lot stronger with Virgil van Dijk back in the heart of their defense, meanwhile striker Mohamed Salah is in arguably the best form of his career as recent goals against Watford and Manchester City showed, but other players such as Diogo Jota, Sadio Mane and Roberto Firmino (fresh from a hat-trick at the weekend) mean that Jurgen Klopp’s side poses a potent threat to Atletico on Tuesday.