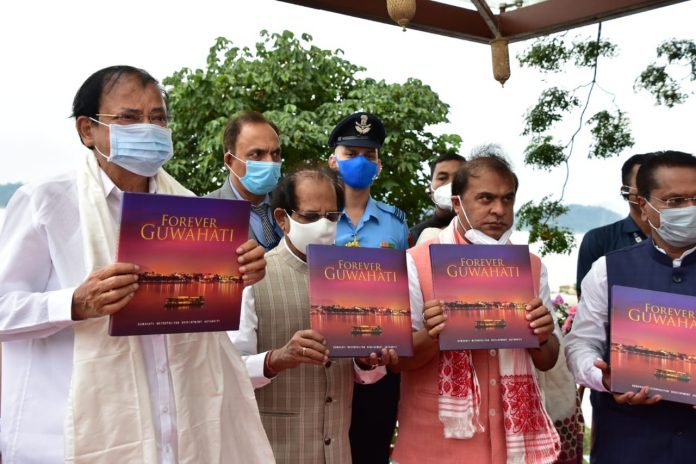 Vice President M. Venkaiah Naidu on Sunday has suggested to the Central and the state governments to include lessons on the importance of water conservation in school curriculum.

He also proposed that schools should conduct nature camps for students from a young age so that children, especially those living in the urban areas, see and enjoy the splendour of nature.

The Vice President, who as part of his eight-day tour of the northeastern states arrived in Guwahati on Sunday and later inaugurated ‘Mahabahu Brahmaputra River Heritage Centre’ here to showcase the traditional life, culture and art of Assam focusing the spirit and legacy of the majestic Brahmaputra River.

The old bungalow of Guwahati Deputy Commissioner (DC) atop the Barphukanar Tila in Panbazar, along the Brahmaputra River, has been converted into a heritage centre by the state government.

The British annexed Assam in 1826 and the post of DC was created for Guwahati in 1839 but the city had no appropriate house at that time to accommodate Captain James Matthie, the first DC. Several sites were surveyed before Barphukanar Tilla, where cannons used in the Battle of Saraighat lay scattered, was chosen.

In the post-independence, Barphukanar Tila continued to be the DC’s bungalow until 2011 before the project to convert it into a heritage museum was taken up under the Brahmaputra Riverfront Development plan.

The heritage centre has on display the traditional boats, an amphitheatre, a collection of traditional fishing equipment, photographs, artefacts related to the history of Guwahati and river transport.

The bungalow has installations depicting the textile designs, ethnic motifs and indigenous musical instruments. After inaugurating the heritage centre, the Vice President called for a powerful national campaign on the need to rejuvenate rivers and suggested that ‘we save our rivers with a sense of immediacy’.

Noting that rivers have always been revered in India for their life-regenerating power, Naidu pointed out that growing urbanization and industrialization have led to pollution of rivers and other water bodies in different parts of the country.

“In the past, our villages and cities used to be dotted with several water bodies. In the quest for modernization, man, driven by greed, has destroyed natural ecosystems and at several places, the water bodies have virtually disappeared or have been encroached upon”, he observed.

The Vice President noted the legacy of the hillock where the heritage centre is located as the base camp of the most powerful Borphukan of the Ahom Kingdom, Lachit Borphukan. Naidu appreciated the fact that the heritage campus is pedestrian only and vehicular traffic has been prohibited to maintain the serenity of the place. He suggested other heritage centres around the country too should adopt such green and healthy practices, by creating walking and cycling paths for visitors to explore.