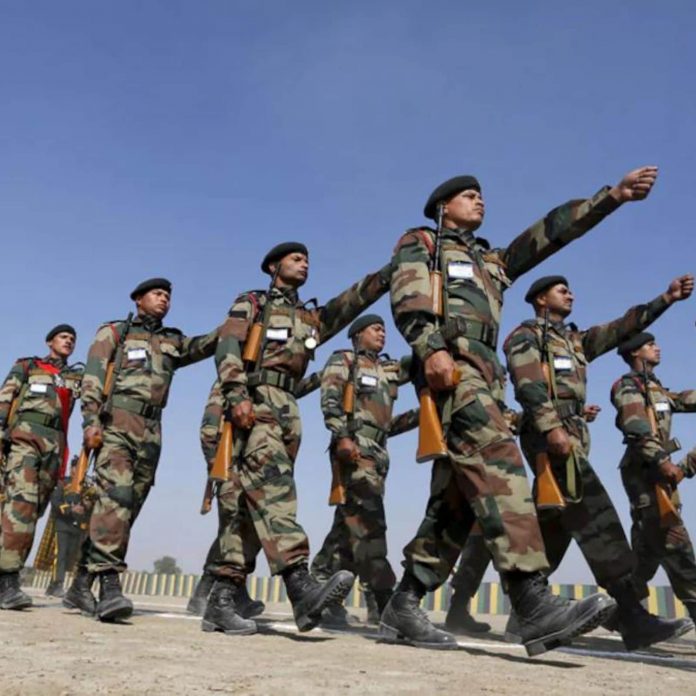 (IANS): The Indian Army has busted a recruitment module of the ULFA-I and apprehended seven youths, who were on their way to the outlawed outfit’s training camps in Myanmar, defence officials said on Thursday.

A defence spokesman said that acting on a specific input of recruitment being carried out by United Liberation Front of Asom-Independent, a joint team of personnel from the Joypur Battalion of the Red Shield Division, along with the Sonari police, busted the module in eastern Assam’s Sivasagar district on Wednesday.

“Seven youths of Namtola (under Sivasagar district) were detained while they are on their way to the ULFA-I training camps across the Myanmar border. The group included a cadre who had earlier surrendered in 2016 and one who had already tried to join the banned outfit a couple of years back. During the operation, a pistol with ammunition was also recovered,” the spokesman said.

He said that all the apprehended individuals have been handed over to the police and they have confessed to having been recruited by ULFA-I handlers, thus “breaking the myth of the unilateral ceasefire announced by the ULFA-I”.

The ULFA-I’s “commander-in-chief” Paresh Baruah recently indicated readiness to hold talks with the government, stating that his group would not mind if Assam Chief Minister Himanta Biswa Sarma mediates in the possible peace talks with the Centre.

Talking to Syed Zarir Hussain, the Chief Managing Editor of Assam’s leading television channel, News Live, Baruah had said that Sarma “has the courage, sincerity and honesty to take forward the peace talks”.

On his part, the Assam Chief Minister had, earlier this week, said that an informal process of talks with ULFA-I is going on and “within the next two to three years, the problems would be resolved”.

“Government has undertaken some communication with ULFA-I. I asked Union Home Minister Amit Shah whether I can directly talk to Baruah if such a situation arises. He gave me permission and said it has to be a structured dialogue,” said Sarma, who is the convenor of the pro-BJP North East Democratic Alliance (NEDA).

In a positive development after several decades, the outfit had abstained from calling for a boycott of the Independence Day celebrations on August 15.

The ULFA-I, which is also known as an anti-talk outfit, and various other extremists groups in the northeastern region regularly called for a boycott of Republic Day and Independence Day functions.

Baruahm, since May this year, had also declared unilateral ceasefire to help the Assam government fight against the Covid-19 pandemic.