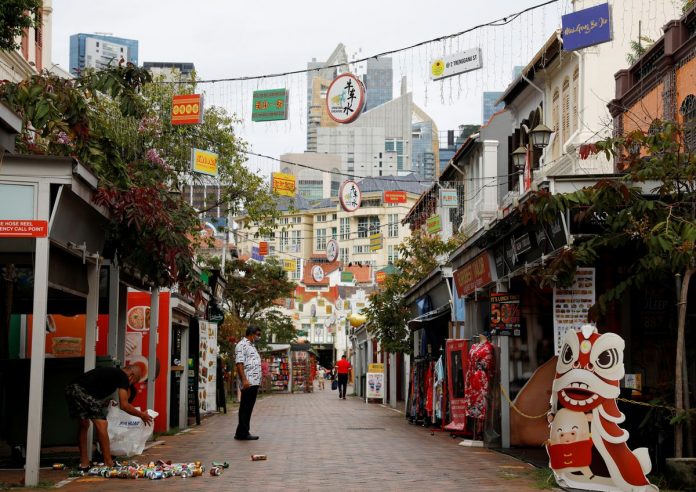 Ronney Ng, who sells souvenirs in Singapore’s Chinatown, can hardly wait for the country to reopen its borders now that 80% of its population has been inoculated against COVID-19 – one of the world’s best vaccination rates.

“Our business depends almost entirely on tourists; it is very tough for us if they are not visiting Singapore,” said Ng, who added that he can no longer afford three meals a day.

The regional travel hub, with about 5.7 million residents, is among the first countries to reopen in the region, albeit slowly. Masks are still mandatory in almost all public settings, group sizes are limited and a contact-tracing app is required.

Although such a guarded approach is likely to delay recovery of the tourism industry, other nations with low infection rates will be watching.

“Singapore is a good example for Australia to pay attention to because we are probably going to be in a similar situation – we need to open up and we need to do it in a way that COVID-19 is going to become endemic,” said Peter Collignon, an infectious diseases physician and microbiologist at Canberra Hospital.

Others in Asia Pacific such as New Zealand and Taiwan also had early success against the virus, but remain shut.

Israel, with a population of 9.3 million and a high vaccination rate, reinstated many curbs, including mandatory masks indoors and quarantine for most arrivals, after a surge in cases due to the Delta variant.

Meanwhile the United Kingdom is sticking to its easing plans, including looser quarantine rules, despite a high number of daily cases.

“We will move step by step – not in one big bang like some countries, but cautiously and progressively, feeling our way forward,” Singapore’s prime minister, Lee Hsien Loong, said on Sunday, reiterating that it was not possible to bring cases down to zero even with long lockdowns.

New daily cases have stayed over 100 in the last week, close to recent peaks that had prompted tightened curbs. But the number of those seriously ill is low; on Sept. 1, 19 patients required oxygen and five were in intensive care, according to government data.

“If you even have 20% of your population not protected, that is a real challenge in terms of this virus. It will still cause potentially increased occurrence of cases and hospitalisations,” said Michael Osterholm, an infectious disease expert at the University of Minnesota, who praised Singapore for information sharing on vaccine breakthrough cases.

Vaccination is the pillar of Singapore’s reopening plans, and, with an economy that shrank by a record 5.4% last year, it cannot afford to stay closed for too long.

India and Singapore’s Southeast Asian neighbours are still battling high infection numbers and low vaccination rates, and the odds of welcoming many travellers from China, with its zero-COVID strategy, are low.

“Even if you’re in rich countries like Singapore and Australia … it’s in all our self interests to make sure we get vaccinations to everybody,” Collignon said.

In 2019, Singapore welcomed a record 19.1 million travellers – more than three times its total population, with China, Indonesia and India contributing 40%.

Sung Eun Jung at Oxford Economics estimates travel and tourism contribute as much as 11% to Singapore’s economy. But Singapore’s strict reopening plans mean the industry may reach pre-pandemic levels only by 2023, she said.

The country’s economy is forecast to grow 6%-7% this year after 2020’s record recession.

For now, the hard-hit tourism industry does not dare feel too hopeful. Several shops in Singapore’s most-visited spots only have tales of woe – tanked sales, store closings and job losses.

Amir Khan, who sold carpets to customers from Southeast Asia, Europe and China before the pandemic, said there are days his store in a Malay heritage enclave does not have a single customer.

“The slower the reopening is, the longer we suffer,” Khan said.