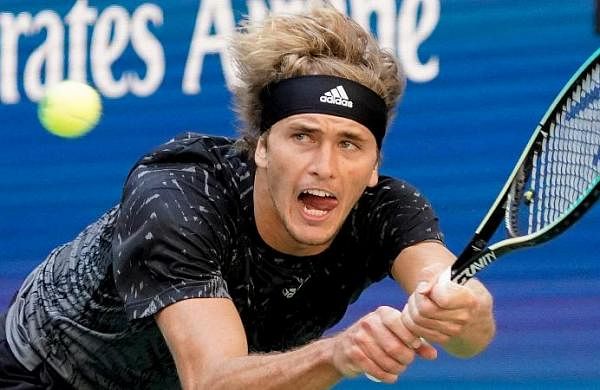 (IANS): Germany’s Alexander Zverev continued to emerge as a top contender for this year’s US Open crown, powering into the third round with a crushing 6-1, 6-0 6-3 win over Spains Albert Ramos-Vinolas.

The world No. 4 has been dominant on serve this week, not offering a single break point opportunity to Sam Querrey in the first round nor left-handed Ramos-Vinolas in Thursday evening’s rout, which lasted just 74 minutes. He has dropped just eight points on his first serve through six sets.

“My serve is kind of the key to my game,” Zverev said.

“When it’s working I’m playing great. When it’s not, I’m losing matches like I did at Wimbledon… It’s no secret that my serve is probably the most important shot in my game, and I’m happy with how it’s working… The matches are not going to get easier and I will need that to be my weapon.

The Monte Carlo resident earned his 40th match win of the season and extended his winning streak to 13 matches, a run that includes clinching gold at the Tokyo Olympics and his fifth ATP Masters 1000 title at the Western & Southern Open in Cincinnati. The German, who came within two points of seizing his first major in last year’s US Open championship match against Dominic Thiem, will next play the winner of No. 31 seed Alexander Bublik, of Kazakhstan, or American Jack Sock.

If all goes well, Zverev is in line for a semifinal clash against Novak Djokovic, where he would look to repeat his victory over the world No. 1 at the Tokyo Olympics.

He has now reached the third round at Flushing Meadows for four consecutive years. On Thursday, Zverev won 40 of 43 first-serve points and fired 11 aces against three double faults.

The German said that he is high on confidence, having not suffered any sign of a slump following his triumph in Tokyo. “The process started at the Olympics for me, and the match against Novak,” Zverev said. “That kind of started it off, because I was down badly, and I managed to win with great tennis.

“It was very important for me to kind of back it up in Cincinnati, because a lot of the times players that for the first time in their career win something really big like a Grand Slam title or a gold medal, they do tend to go downhill a little bit. So it was important for me to go to Cincinnati, to a place where I have never won a match before this year, and have a great tournament.”