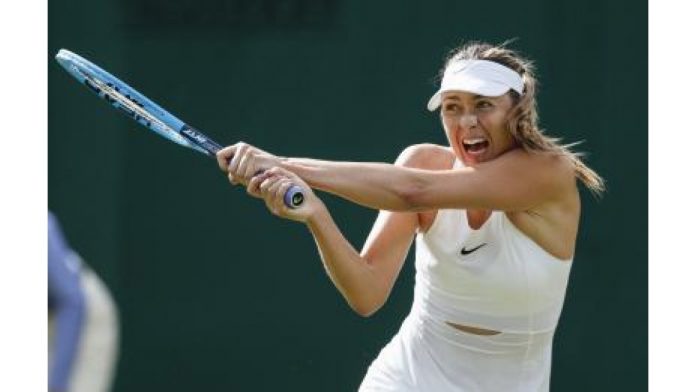 Tennis has had a succession of teenage stars — from Tracy Austin to Jennifer Capriati to Monica Seles to Martina Hingis to Anna Kournikova and Maria Sharapova. Add the names of Emma Raducano, 18, and Leylah Fernandes, 19, to the list.

Emma became the first qualifier on Wednesday to make it to the semi-finals at the US Open, stunning Tokyo Olympics gold medallist Belinda Bencic of Switzerland in straight sets. Emma, 18, defeated No. 11 seed Blenda 6-3, 6-4 in one hour and 22 minutes on Wednesday evening.

Just two months after her breakthrough run to the round of 16 in her Grand Slam main-draw debut at Wimbledon, the world No.150 Emma is now into the final four of a major in just her second appearance.

Meanwhile, one day after her 19th birthday, Leylah Fernandez gave herself the ultimate present: victory in a 6-3, 3-6, 7-6(5) thriller over No.5 seed Elina Svitolina to reach her first Grand Slam semi-final.

The teenager’s self-belief and trust in her shots were on full display in a stellar third set. The tenacious Elina hauled her way back from 2-5 down to force a deciding tiebreak, and therein came from 1-4 down to level at 5-5, but Leylah never blinked. It was the first time she had won a third-set tiebreak at Tour level.

The result is Leylah’s third career Top 5 win, two of which have come this fortnight. She is the third Canadian to make the semi-finals in Flushing Meadows following Carling Bassett-Seguso in 1984 and 2019 champion Bianca Andreescu, and she is also the youngest US Open semi-finalist since an 18-year-old Maria Sharapova in 2005.

The two teen stars have made it to their first semi-finals and will meet the more experienced Maria Sakkari of Greece and Aryna Sabalenka of Belarus in the last four clashes.

Greece’s world No.18 Maria advanced to her second major semi-final of the season and first in the US Open, defeating No.4 seed Karolina Pliskova, 6-4, 6-4 in the quarter-finals.

The 26-year-old is the first Greek woman to reach the US Open singles semi-finals. She will take on Britain’s Emma Raducanu on Thursday for a spot in her first major final.

A series of successful results can create momentum — and the belief, the burgeoning confidence that goes with it. On Wednesday, Emma simply had more power against Belinda. Down 1-3, Raducanu rallied to win 11 of 15 games and landed in the semi-finals. opposite No.17 Maria Sakkari.

The phenom from Great Britain has kept the statisticians scrambling. The best one: She’s the first qualifier of either gender to reach the US Open semifinals in the Open Era, and only the fourth to reach any Grand Slam semifinal.

But she may find her Greek opponent a tough nut to crack. Maria is known for her warrior qualities, but her fighting spirit is as practical as it is innate, as it leads to a more energized and effective game. She knows that bravery is the key to pulling her through the biggest matches.

“[Bravery] is something that I’ve been working with [coach Tom Hill] since the end of last year,” Sakkari said Monday. But after a middling hardcourt swing leading into the US Open, Sakkari said she “lost my identity, that’s how I called it. I lost myself, part of myself,” she said on Wednesday.

It will be a key encounter for Aryna, who was quite unhappy after her straight-sets victory over Barbora and headed directly to the practice court.

This is the critical attitude she needs to carry into her Thursday semifinal against Leylah.

The 23-year-old from Belarus has displayed a growing maturity this season and it’s carried her to new heights. She had played in 14 majors and never reached a quarterfinal – until Wimbledon. Now, she’s done it twice in a row.

She will be hoping to take it further in the final.