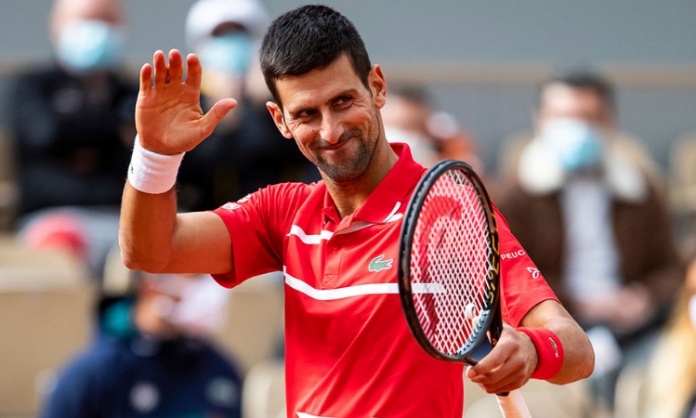 World No. 1 Novak Djokovic inched closer to a Calendar Grand Slam as he reached the semi-finals at the US Open, beating Italian Matteo Berrettini in four sets on Wednesday night.

The 34-year-old defeated Berrettini 5-7, 6-2, 6-2, 6-3 in three hours and 26 minutes at the Flushing Meadows. Djokovic has already won the Australian Open, French Open d Wimbledon this season is now just two matches away from winning his fourth Grand Slam title of the season and needs to win the US Open to become the first player since Rod Lever to complete a Calendar Slam.

The top seed had hailed Berrettini as “he “hammer of te”nis” for his thunderous serve and forehand ahead of their third straight major championship showdown. But the Serbian drew on his superior movement and returns to nullify the 25-year’old’s chief weapons in their quarter-final clash at Arthur Ashe Stadium.

For the fourth time in five matches this campaign, Djokovic dropped a set only to pull comfortably clear in the third and fourth sets. He remained unbeaten in their four ATP Head2Head meetings, improved to 12-0 in US Open quarter-finals, and 42-9 across all majors at that stage.

Djokovic seeks revenge for his Tokyo Olympics semi-final defeat and looks to improve on his 6-3 head-to-head record against the 24-year-old German.

Djokovic won 74 percent points on his first serve as compared to 60 by his Italian opponent. He also won 66 percent of his second serve while Barrettinni could manage to win only 50 percent.

Djokovic won five of the six break points he earned while Berrettini did that on only one of the five that came his way.

The Serb dominated the court after losing the first set and did not allow Berrettini many chances. He only made 28 unforced errors as compared to 43 by Berrettini and also slammed 44 winners while his Italian opponent managed to hit 42.