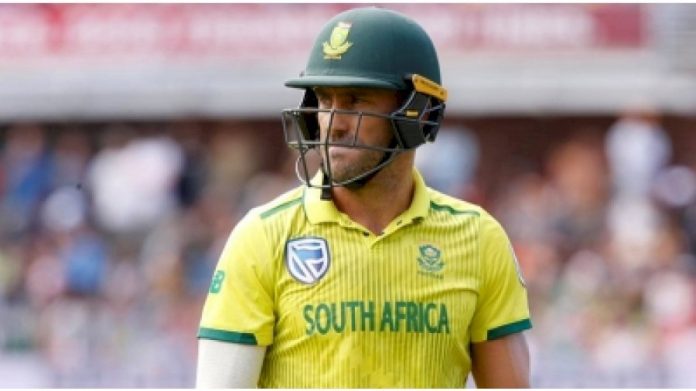 The experienced trio Faf du Plessis, Imran Tahir and Chris Morris have not been included in South Africa’s squad for the men’s T20 World Cup to be held in the United Arab Emirates (UAE).

Victor Mptisang, the convenor of selectors, announced the squad led by Temba Bavuma in a live television broadcast on Thursday.

The 37-year-old du Plessis, who retired from Test cricket in February this year, had spoken in the past about the upcoming tournament as one of his targets. But du Plessis hasn’t played a white-ball match for South Africa since December 2020 and was not a part of South Africa’s series against Pakistan, West Indies, Ireland and currently Sri Lanka.

“Faf has got a wonderful record. But at the moment, we want to be consistent in selection and this is the group of players we have gone with,” said Mptisang.

Similarly, Tahir had made himself available for T20Is after retiring from ODIs post the 2019 Cricket World Cup. But he has not been included. Morris, the pace bowling all-rounder, last played for South Africa in March 2019. All three players had been active in franchise leagues around the world.

SA’s white-ball team captain Temba Bavuma, who had to leave the Sri Lanka tour after thumb fracture, is expected to recover in time to captain his side at the T20 World Cup. Bavuma went under the knife on Sunday and is expected to be fit before the tournament begins. He will lead a 15-player squad with three frontline spinners in Tabraiz Shamsi, Keshav Maharaj and Bjorn Fortuin.

Maharaj has played 36 Tests and 14 ODIs for South Africa. But he has been uncapped in the shortest format of international cricket. Maharaj, though, has played 104 T20s, scalping 83 wickets at an economy rate of 6.62.

“It’s the subcontinent and with the IPL being played before the tournament, so we know the wickets will take a lot of spin. We have to look at the balance of the squad. There is no better time than now for us to bring home the trophy and bring the nation together in a way that only sport can.

We hope that South Africans will rally behind this team and cheer them all the way to the final,” said Mptisang.

The players selected in the fifteen as well as travelling reserves will take part in the three-match T20I series against Sri Lanka starting from Friday, barring Lungi Ngidi. The pacer has left for Dubai to join his IPL side Chennai Super Kings ahead of second leg of the IPL 2021.

South Africa begin their men’s T20 World Cup campaign against Australia on October 23 in Abu Dhabi. The first match of the Proteas in Group 1 will also open the super 12 stage of the tournament. Other teams in their group include 2010 winners England, defending champions West Indies and two qualifiers from the first round.