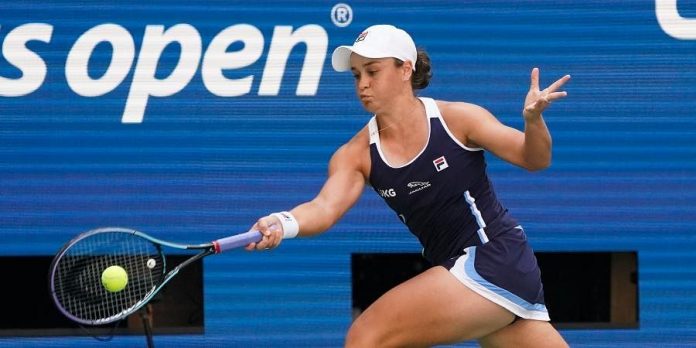 (IANS): Wimbledon champion Ashleigh Barty of Australia and last year’s French Open winner Iga Swiatek of Poland overcame challenging opponents to make their way into the third round of the US Open.

No.7 seed Swiatek was in big trouble before she defeated world No.74 Fiona Ferro of France, 3-6, 7-6(3), 6-0 in just over two hours to reach the US Open third round for the second straight season.

“For sure, it was a tough match,” Swiatek told wtatennis.com after her comeback. “I think I didn’t start it properly, because I felt like I couldn’t properly feel my legs. But it’s not the first time, so I’m trying to work on that. In the second set, I loosened up a little bit, kind of changed tactics.”

Another tough battle awaits Swiatek in the third round where she will face No.28 seed Anett Kontaveit of Estonia, last week’s champion in Cleveland.

Kontaveit powered through a difficult second-round draw of her own on Thursday, dispatching this month’s Montreal finalist Jil Teichmann of Switzerland, 6-4, 6-1 in a match which lasted 70 minutes.

World No.1 Barty of Australia staved off a late challenge by 18-year-old Clara Tauson of Denmark, 6-1, 7-5, to book her spot in the third round. After her hour-and-a-half victory over world No.78 Tauson, reigning Wimbledon champion Barty is now into the third round for the fourth time in her last four appearances in New York. Barty, though, is still seeking her first trip to the US Open quarterfinals or better.

Barty broke serve five times and was solid with her first serve, firing 11 aces and winning 80 per cent of her first-service points in total.

“Today was tricky, I think; to navigate through that second set and just trust myself and hit out,” Barty said. “Being able to respond straightaway was a big part of that match. Just refocusing, and narrowing my focus, and remembering what I needed to do to win the match as opposed to getting flat and passive, where I was letting her control a little bit too much.”

2016 US Open champion Angelique Kerber of Germany, seeded 16th, got past Anhelina Kalinina of Ukraine, 6-3, 6-2, in just over an hour, to reach the third round in New York for the ninth time in her career. This week marks Kerber’s 48th consecutive Grand Slam event.

“I played good today, I think,” said Kerber. “I knew [she is] always a tough opponent. I lost against her in Paris this year, so I was prepared what to expect. I was focusing from the first point. I think that I was really aggressive today, and I think that was the key for me, for the match today.”

No.10 seed Petra Kvitova entered the US Open third round for the 11th time in her career as she ousted fellow Czech lefty Kristyna Pliskova, 7-6(4), 6-2 in an hour and 18 minutes on Louis Armstrong Stadium.

Another tough test awaits Kvitova in the third round — No.17 seed Maria Sakkari of Greece.

This year’s French Open finalist Anastasia Pavlyuchenkova also earned a tough victory, as the No.14 seed from Russia outlasted Slovakian qualifier Anna Karolina Schmiedlova, 6-2, 5-7, 6-2 in over two-and-a-half hours of play. She will next face fellow Russian Varvara Gracheva for a spot in the round of 16.

Tough to swallow loss but in tennis we learn very quickly: Djokovic