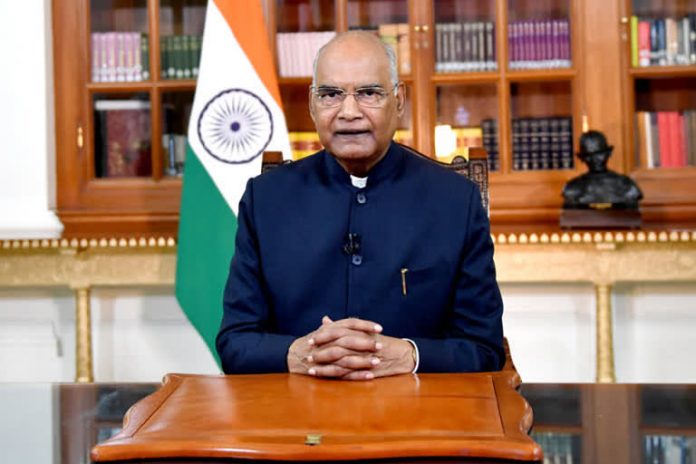 The state governments will take serious note of advice made by an institution like the Comptroller and Auditor General of India (CAG), which will positively impact the public service delivery standards, President Ram Nath Kovind said on Saturday.

“Economy was badly disrupted due to the Covid-19 pandemic. The government has taken various fiscal measures to alleviate distress and for welfare of the poor. These are often financed through money, which may be said to have been borrowed from our children and grandchildren,” he said.

“We owe it to them that these scarce resources are put to best possible use and are most effectively used for welfare of the poor and needy. The CAG has a very important role in this.

“While performing oversight function you need to be aware of opportunities of providing inputs for systemic improvements.

“Audit engagements provide a unique opportunity of gaining deep understanding of system and place you in a good position of suggesting improvements,” he added

Since its establishment in 1950, it has plays a vital nurturing role in helping the institution of the CAG discharge its constitutional mandate.

Favouring greater flexibility in scheme implementation by consulting states and implementing bodies, the President said: “This is likely to improve programme outcomes. However, this needs to be accompanied with strengthened financial reporting and accountability framework at local governance levels.”

For citizen-convenience, he said, government processes are increasingly getting digitalized. Fast expanding technology frontier has reduced distance between the state and citizens.

“Through direct benefit transfer, money can reach the poorest citizen in the most remote corner of the country at the push of a computer button. From audit perspective this is a ‘small challenge’ and ‘huge opportunity’. Using advanced analytics tools, information from large volumes of data can be weaned out without travelling afar.

“This can make the audit engagements more focused and efficient. Systemic red flags can be raised at an earlier stage. I have been informed that all of you have been extensively trained in these tools.

“You must put your training to best use. It must be added that we have to keep pace with evolving technology landscape. I am certain that CAG is seized of the matter,” the President said.

Saying that the CAG has been chosen for audit responsibility of various important multilateral bodies such as UN, Kovind said: “This is in recognition of India’s soft power and I commend professionalism of the department for these achievements.

“Such engagements also provide an opportunity to look closely at global best practices. I will urge CAG to examine the possibility of adopting some of them in Indian context.”

Impressed by sylvan surroundings of the National Academy of Audit and Accounts in his maiden visit, the President said these surroundings also “teach us of a very onerous responsibility of leaving same pristine nature for our future generations to enjoy”.

“Despite India’s developmental needs we have undertaken significant responsibility to address global climate change challenge and environmental protection. I have been informed that CAG has taken measures to build capacities in the area of environmental audit.

“For our future this is a very welcome step. We must always remember that constraints of resource finiteness can only be partly addressed by human innovation.

“For the rest sacrifice by our generation is the only recourse. The CAG has a big role to play in making us aware of sacrifices we need to make for our future generations.”

Reminding the newly-inducted officers their role while serving the nation, he said: “As public servants you will derive greatest satisfaction in being able to serve the poorest and bring a smile on her face.

“While performing our Constitutional duty we must always be mindful of this common responsibility assigned to all functionaries. An approach laden with mutual empathy will ensure that we reach our national goals, much faster.”

The President arrived in Shimla on Thursday on a four-day visit to Himachal Pradesh.