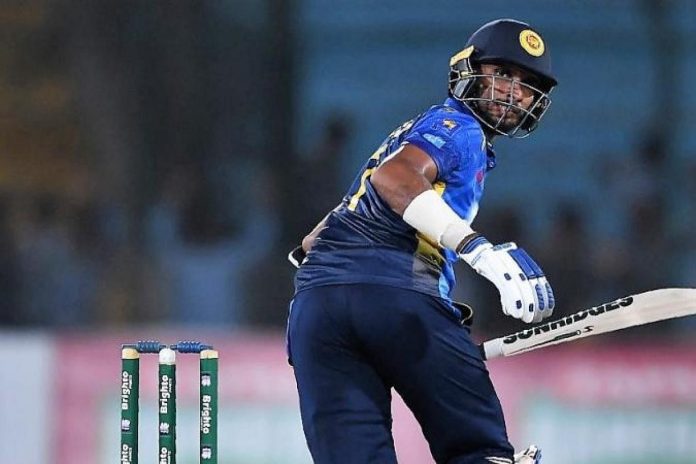 (IANS): Sri Lanka will be looking to wrap up the three-match ODI series with a win in the second game against South Africa and gain crucial World Cup Super League points on Saturday following their thrilling victory 14-run victory in a high-scoring first ODI on September 2.

A win in the second ODI will not only give Sri Lanka the series win but would help them leapfrog Ireland, West Indies and Pakistan to the fifth spot on the World Cup Super League table. The hosts have started to gather some momentum in white-ball cricket and will be hoping to carry it forward into the T20I series and then into the Round 1 of the T20 World Cup.

Captain Dasun Shanaka will be delighted with his side’s all-round showing in the first ODI, especially their performance with the bat and ball in the death overs.

South Africa, on the other hand, will be ruing the missed opportunities from the first ODI, with the dropped catches and their batting at death effectively costing them the game. The injury to captain Temba Bavuma will be another major cause of concern ahead of the second match.

Currently placed 11th in the World Cup Super League table with 24 points, the Proteas will hope they can make a comeback in the next game and force the series into a decider.

Avishka Fernando’s century and some good death bowling by Sri Lanka bowlers helped the host clinch a 14-run win in the first ODI.

Opting to bat first, Sri Lanka put up a total of 300/9 on the back of Fernando’s 115-ball 118, who was well supported by Dhananjaya de Silva and Charith Asalanka. While the spinners kept the run-rate on a leash while also picking up wickets, the pace bowling trio of Rabada, Nortje and Phehlukwayo proved to be expensive for the Proteas.

South Africa were cruising at one point with Aiden Markram and Temba Bavuma at the crease. However, the Proteas were dealt a huge blow when their skipper had to walk back to the pavilion retired hurt and two overs later, Praveen Jayawickrama scalped Markram on 96.

South Africa needed 48 runs in the last five overs with the well-set duo of Rassie van der Dussen and Heinrich Klaasen at the crease. Sri Lanka, however, managed to hold their nerve and won by 14 runs to go 1-0 up in the series.

Sri Lanka skipper Dasun Shanaka told icc-cricket.com that, “We kept the momentum going really well (in the first ODI). It was turning a bit in the first innings, but it didn’t when we bowled. The spinners bowled in good areas, and they will come back strongly in the next game. It’s always hard to chase on this wicket, and 300 is a really good total, so there was no nervous feeling for us.”