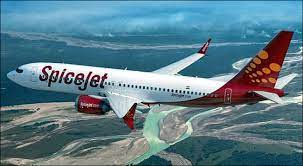 The flight operated on Wednesday brought the ex-Mauritius PM to New Delhi for urgent medical treatment at the All India Institute of Medical Sciences (AIIMS).

“In order to meet the critical medical requirements, SpiceJet facilitated complete medical facilities and special equipment on-board, including a team of three doctors, one paramedic and ventilator, oxygen cylinders, and medicines to cater for any emergency situation. The aircraft also carried a special isolation pod to shift the patient,” the company added.