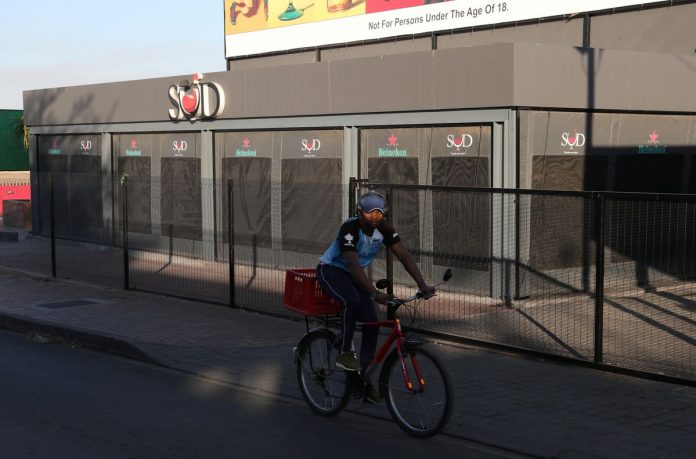 South Africa will ease COVID-19 restrictions and shorten its nationwide curfew from Monday after a decline in infections, President Cyril Ramaphosa said in a televised address.

Authorities will also extend the hours of alcohol sales, the president said, further relaxing restrictions introduced in June to combat a third wave of cases caused by the Delta variant.

“While the third wave is not yet over, we have seen a sustained decline in infections across the country over the last few weeks,” Ramaphosa said.

Authorities reported 3,961 new cases on Sunday, compared with a peak of about 26,500 per day in early July.

The announcement will bring the country down one level in its five-tier system of restrictions, where five is the highest, to an ‘adjusted level 2’.

The curfew will start one hour later at 11 p.m. but still last until 4 in the morning. Shops will be able to sell alcohol from Monday to Friday. All alcohol sales were banned in June, then allowed in shops from Monday to Thursday in July.

Bars and restaurants have been allowed to serve it during opening hours since July.

Ramaphosa appealed for more people to get vaccinated, saying there were enough doses for everyone, but only about 7 million people out of a population of more than 60 million were fully protected.

South Africa has been one of the worst-hit on the continent in terms of reported cases and deaths.

Health insurers have cited vaccine hesitancy as a key factor affecting the pace of the vaccination campaign.

Ramaphosa said the country was working hard to increase the number of people getting the shot, focusing on older or otherwise vulnerable individuals. He added that the country was also looking at vaccine passports and would provide more information on this later.