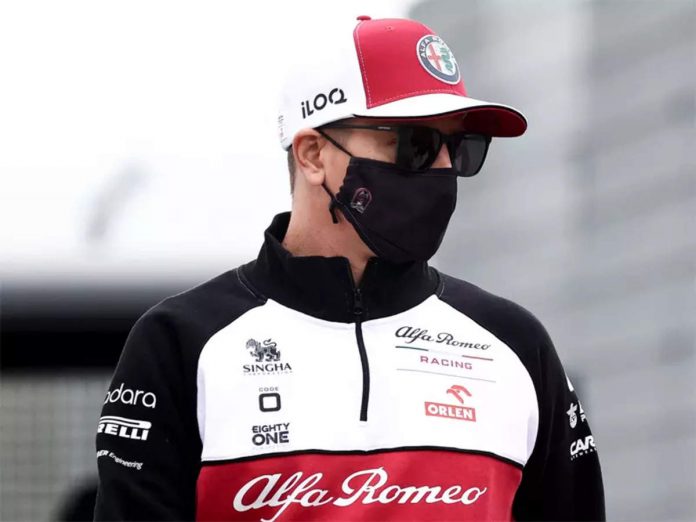 (IANS): Alfa Romeo’s Formula 1 driver Kimi Raikkonen will not take part in the Dutch Grand Prix at Zandvoort circuit after testing positive for COVID-19. Robert Kubica will fill in for Raikkonen for his first race since Abu Dhabi 2019 alongside Antonio Giovinazzi for the race on Sunday.

Raikkonen, who announced on the eve of the race at Zandvoort that he will retire at the end of the season, returned the result at an on-site test after taking part in the practice race on Friday.

The 41-year-old is currently isolating in his hotel, with the Alfa Romeo team saying he is “displaying no symptoms and is in good spirits”.

“The FIA, Formula 1 and Alfa Romeo Racing ORLEN can today confirm that during onsite PCR testing for the 2021 FIA Formula 1 Dutch Grand Prix, Kimi Raikkonen has tested positive for COVID-19,” said a statemrnt by F1 on Saturday.

“In accordance with COVID-19 protocols he will take no further part in this Event. All contacts have been declared. The procedures set out by the FIA and Formula 1 will ensure no wider impact on the Dutch Grand Prix.”

Raikkonen will now require a negative COVID-19 test before being allowed to return to the paddock. It remains unclear whether he will be available for the Italian Grand Prix at Monza scheduled for September 10-12.