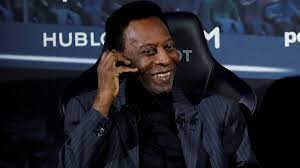 Brazilian football legend Pele has been moved out of intensive care, 10 days after undergoing surgery to remove a tumour from his colon, the hospital treating him said on Wednesday (IST).

The 80-year-old will continue his recuperation in a general room, according to a statement released by Sao Paulo’s Albert Einstein hospital. It did not say when he might be discharged.

Pele posted a message on social media, thanking fans for their support and assuring them that he feels ready “to play 90 minutes”.

“Don’t think for a minute that I haven’t read the thousands of loving messages I’ve received around here,” the three-time World Cup winner wrote on Instagram.

“Thank you very much to each one of you, who dedicated a minute of your day to send me positive energy. Love, love and love!”

Pele has battled a series of health problems in recent years, including complications related to hip replacement surgery as well as kidney and prostate conditions.

On Tuesday (IST), Pele’s eldest daughter, Kely Nascimento, wrote on Instagram that her father was expected to move out of intensive care this week as he recovers from surgery to remove a tumour from his colon.

“I wanted to say thank you… from the bottom of my heart for all of the loving, concerned and supportive texts, DMs and emails you guys have sent me,” Kely Nascimento wrote.

“He is doing well post-surgery, he is not in pain and is in a good mood (annoyed that he can only eat jello but will persevere!). He is strong and stubborn and with the support and care of the brilliant team at Einstein and all of the love, energy and light that the world is sending, he will get through this,” she added.