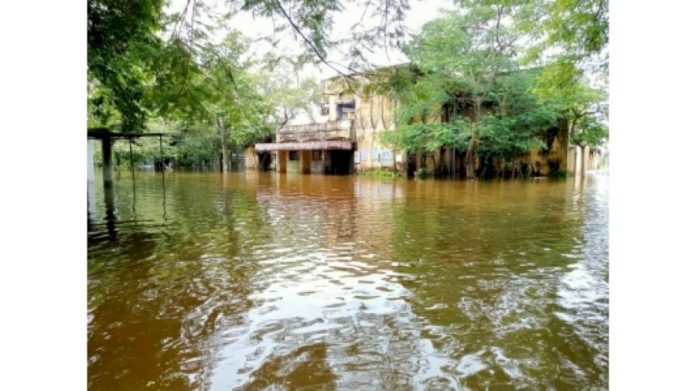 Flood risk prediction and mitigation can help avoid tragedy when disaster strikes, but how to know which areas need preventative measures the most?

A new online tool developed by researchers from the Indian Institute of Technology, Bombay (IIT-B), can possibly be a solution.

WebFRIS interface, a tool to account for geographic variations in socio-economic vulnerability, is accessible and easy-to-use, and holds the potential to help local governments and citizens save lives and protect livelihoods, a release from IIT-B said.

India reports the second-highest flood damages in the world, with over 1,600 people getting affected by floods annually. Uncontrolled growth, poor planning and infrastructure, and the effects of climate change have added to the complexities involved in preventing and mitigating flood related damage.

Web-based platforms are ideal for generating this information because they are inexpensive, reliable and instantaneously available even in the remote areas.

However, most existing web-based flood information systems use highly technical jargons that only researchers can understand.

Realising the urgent need for an accessible online tool, the researchers at IIT-B have developed WebFRIS, a flood risk information system to provide socio-economic vulnerability analysis.

Published in the Journal of Environmental Management, WebFRIS, or Web Flood Risk Information System, aims to simplify flood risk information and communicate it to a wider audience, including government bodies and local citizens.

According to IIT-B professor Subhankar Karmakar, who led the study, “WebFRIS provides precious ground-level information to the disaster management authority. This can enable formulation of more targeted solutions and strategies and enhance the opportunity for effective flood mitigation, thereby increasing social capacity and resilience.”

For the development of WebFRIS, Karmakar and his team focused on Jagatsinghpur district in Odisha. Jagatsinghpur, a part of the Mahanadi River delta, is one the most severely flood-affected regions in the country.

Karmakar and team first used mathematical models and statistical data to calculate the flood hazard and vulnerability of the region and quantify flood risk. They then designed a web platform to store and visualise all the flood-related data in the form of maps.

Finally, to ensure that non-technical audiences could easily understand the data, they translated the measures of flood risk into qualitative information, classifying the risk into colour-coded categories from very low to very high.

Their efforts have resulted in a web tool that can provide data on flood hazard, socioeconomic vulnerability, and flood risk for individual villages in the Jagatsinghpur district.

“If we integrate flood risk maps in early warning systems, communities that live in high-alert regions can be prioritised during flooding, which can improve the community’s preparedness for natural hazards in the long run,” Karmakar said.