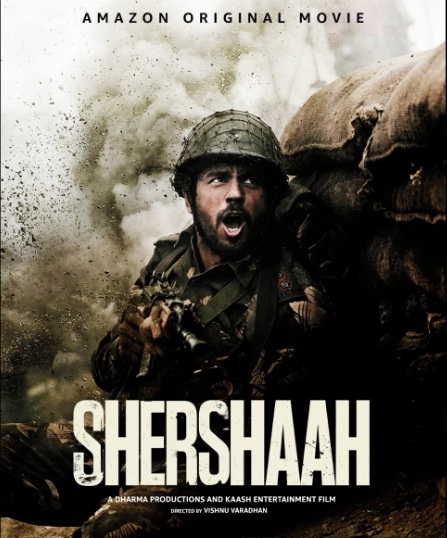 We have seen so many wars and many more bloodbaths but the war of 1999 shall always remain etched in the heart of every Indian. We still recollect how bravely our soldiers fought the war without any hesitation on their face. Kargil war was one of the fiercest wars in Indian history, several soldiers lost their lives and what they left behind was a legacy of valour.

Vikram Batra is one such solider whose tale is an inspiration for many, a young man who had nothing but pure love for his country. The Kargil conflict has been considered the toughest warfare ever. Fought at a dizzying altitude of 17,000 feet, this historic war had a lot at stake. The Pakistani troops had infiltrated into the Indian side of the Line of Control (LoC), disguised as Kashmiri terrorists. The skirmishes quickly escalated into a full-blown war that also chalked the journey of a soldier from Lieutenant to Captain for his absolute dare-devilry and patriotic spirit to unfurl the tricolour at the highest point of conflict – even if that meant laying down his own life for the cause.

Going towards the full blown war action, the director Vishnuvardhan and writer Sandeep Srivastava have done justice by showing a glimpse of Captain Vikram Batra’s childhood. The childhood on screen played an important role in making us realize how the passion for Indian Army was born in the brave Captain.

We are also shown the sequence of his early days when he finds his lady love Dimple Cheema, before his posting at 13 JAK Rifles as a Lieutenant. While this build-up depicts the character’s journey, it doesn’t do so very sharply to merit so much screen-time. In fact, most of the time, Kiara Advani’s track and the romantic songs featuring her feel like a distraction from the heavy-duty subject at hand. This also impacts the pace of the film that suffers from a slow first half.

Of course, director Vishnuvardhan had a mammoth task of doing justice to the copious amounts of data and milestones from the Kargil war but the bulk of it is dealt with in the second half. Sidharth Malhotra shines in the war scenes and his performance evolves through the film. His earnest efforts to recreate the aura of his character’s larger-than-life persona shows on screen and this is one of his best performances. Kiara Advani looks her part as a resolute Sardarni who loves her man with all her heart. But she doesn’t have much scope to perform.

Shiv Panditt is very aptly cast as Captain Sanjeev Jamwal, who is tough on the outside, but emotional from within. Nikitin Dheer is impressive as the cheerful Major Ajay Singh Jasrotia and so is Shataf Figar as the straight talking Col. Yogesh Kumar Joshi. Together, these men make an able team that you will root for at all times. Among the many other actors, there are a few stereotypes and clichés too, especially on the Pakistani side.

The film’s overall tone is obviously high on patriotism. Many combat scenes don’t reflect the large canvas that the film is set up on, perhaps more deserving of a big screen experience. Yet, as an industry, Bollywood has seldom churned out epic war films that have been critically and commercially acclaimed. By those standards, ‘Shershaah’ ranks higher than most of the recent war dramas and tells an inspiring story that needs to reach every home in India.

One really needs to sit with a bag full of tissues to watch the movie, and if you are an emotional person, then please sit with 2 or 3 box of tissues. Even though it is a movie, our heart still beams with pride just by thinking the immense courage and patience our soldiers have shown during the war.

The source material of this film is so strong that it is bound to grip you once the men in uniform take it upon themselves to drive out the enemy and reclaim our land. Shershaah’s biggest victory is its effort to recreate one of the most important chapters of our recent history with characters and actors who lead the way to a rousing climax.

I would rate this movie 4/5 stars for doing justice to the saga of the war and showcasing the story of our hero PVC Captain Vikram Batra and also for showing his real video at the end.